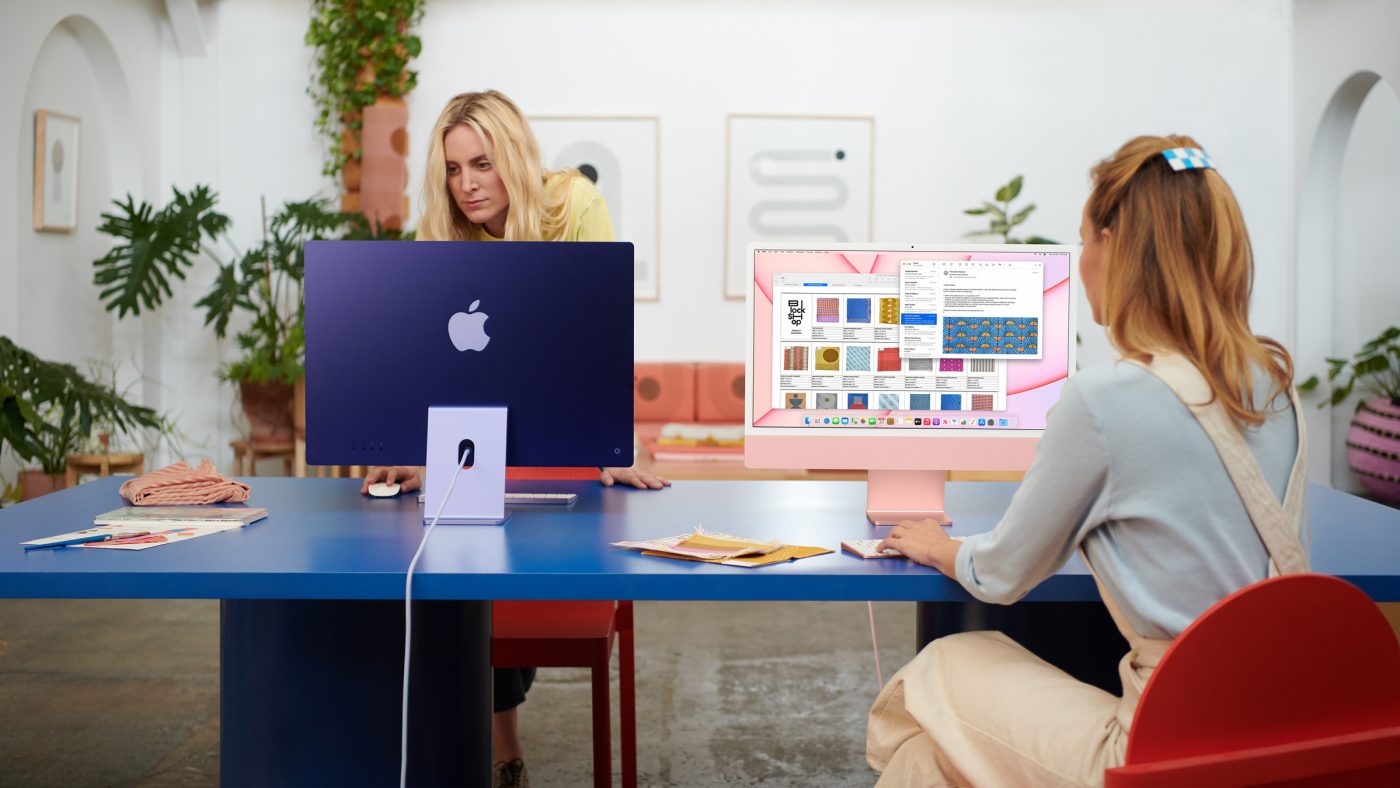 Finding available stock of the new 24-inch iMac is proving to be a challenge. However, it does appear Amazon, which recently became an Authorised Apple Reseller, does have in stock selected models.

It was back in April when Apple announced the all-new iMac. With a striking new design, features a 24-inch display, solid-state storage, a 1080p camera, new mics, and more. Powered by the incredibly fast and powerful Apple M1 Chip – the first Apple Silicon chip designed for the Mac.

Despite being available for orders since April, finding stock in stores has been a challenge. The popularity of the models, alongside the lockdown and worldwide chip shortage, has resulted in longer delivery times. Which continues to be a challenge for Apple.

For example, at the time of writing, Apple online displays delivery dates between August 25th and September 1st for most models. Dates are pushed back even further for yellow, orange, and purple coloured models. Or customised models. From August 30th to September 6th, 2021.

Amazon Australia, as of last week, started to sell Apple products. Making them an Apple Authorised Reseller – meaning products sold are genuine models. And while they don’t appear to stock all Apple products (notably iPhone), they sell all 24-inch iMac models in Blue, Green, Pink, and Silver.

On Amazon, I have noticed that several iMac models have been in stock. And delivery times have been much shorter than Apple.

For example, I can purchase a Green 24-inch iMac with 512GB storage with a delivery date of August 17th. Quicker than the delivery time of August 25th to September 1st by Apple.

Available in-stock products at Amazon, including iMac, does appear to change daily.