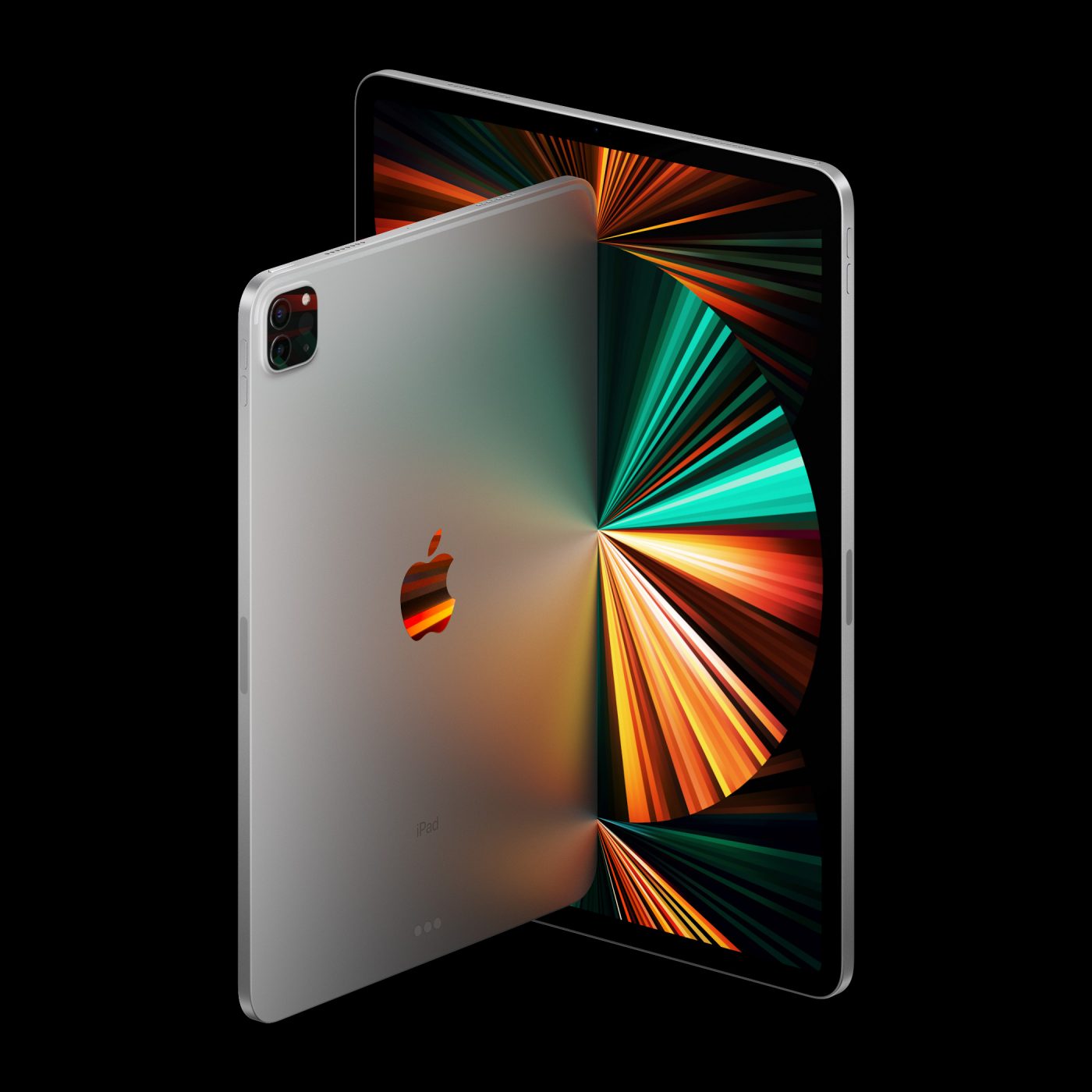 Apple has officially revealed an updated 11-inch and 12.9-inch iPad Pro. With its familiar striking design, but now powered by the M1 Chip. While also delivering 5G (on cellular models), a new 12.9-inch display, Thunderbolt, and more.

For this release, Apple has focused on giving the new iPad Pro significantly better performance. To achieve this, Apple has given it the same Apple-designed M1 chip that powers the new iMac and current-generation MacBooks and Mac Mini.

M1 is a chip that features an 8-core CPU, 8-core GPU, and 16-core Apple Neural Engine. Resulting in the iPad Pro now having 50% faster CPU and 40% faster GPU performance. An increase that also enables more memory RAM at 16GB and 2x faster storage – storage that is now up to 2TB. These numbers allow tasks to run much faster, apps to load nearly instantly, and an overall better experience.

The design of the iPad Pro remains much the same as the previous generation. However, the USB-C port is now Thunderbolt allowing for faster transfers and even the ability for iPad Pro to connect to a Pro Display XDR monitor at full 6K. Cellular models now can connect to the superfast 5G networks that are being rolled out by Telstra, Optus, and Vodafone in Australia. But where Apple has gone all out is with the 12.9-inch model.

The 12.9-inch iPad Pro includes a significantly better display that Apple is calling the ‘new Liquid Retina XDR display’. The display uses a mini-LEG design that incorporates over 10,000 LEDs across the back of the display. Resulting in a display that can achieve 1000 nits of full-screen brightness, 1600 nits of peak brightness, and a phenomenal 1 million-to-1 contrast ratio. This display is perfect for professionals, including filmmakers, photographers, and more, who will edit true-to-life HDR content on a mobile device.

The updated iPad Pro will be available for pre-order from April 30th and released around Australia in the second half of May 2021. It will be available in Apple Retail and Apple online, plus selected Apple Authorised Resellers

Students, teachers, and others eligible for Apple’s Educational Pricing can save up to A$140 off the recommended retail price. While still being eligible for free delivery and 14-day returns.