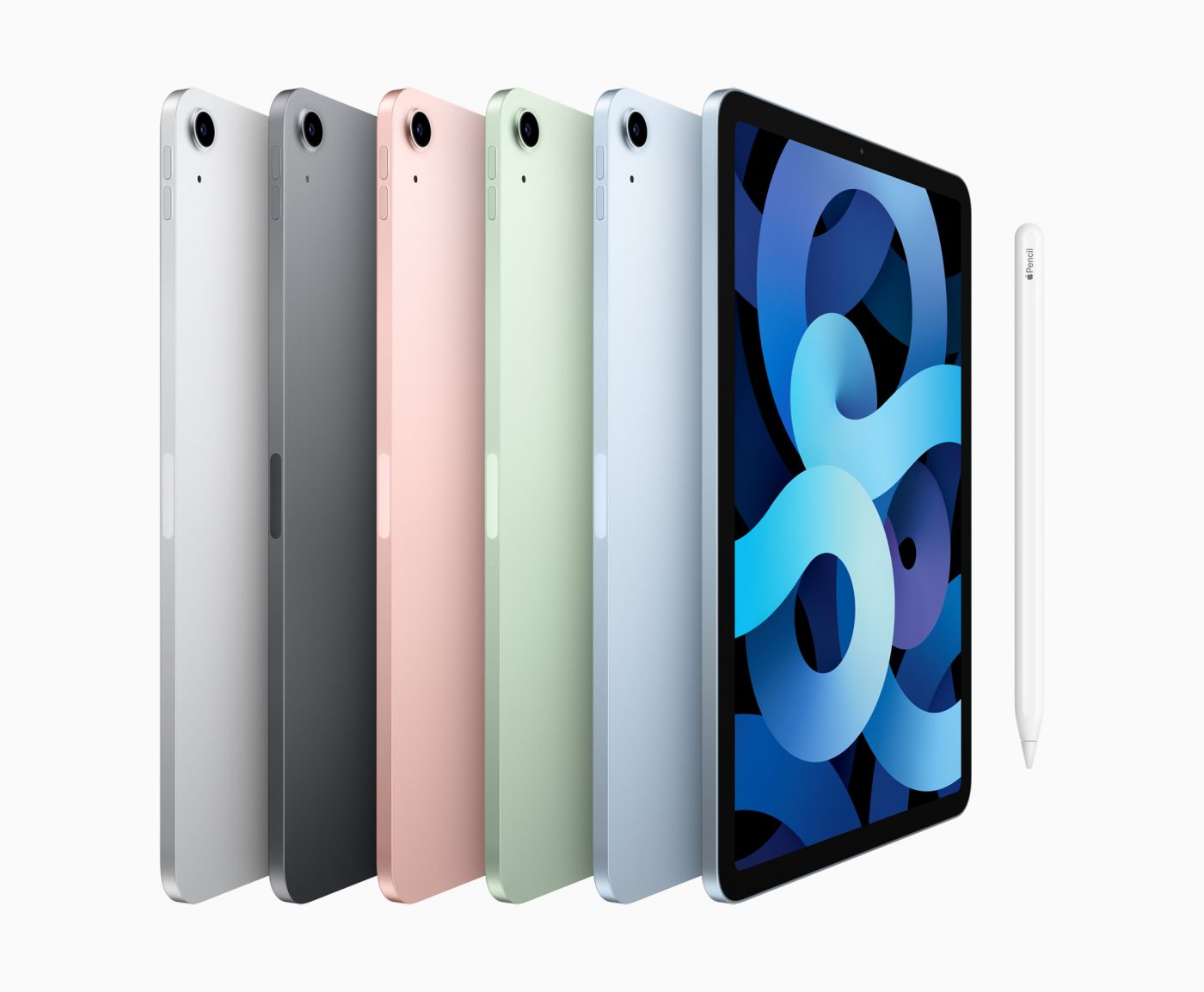 Apple has this week started accepting orders for the new and colourful iPad Air, with availability beginning on Friday, October 23rd – the same say the iPhone 12 and iPhone 12 Pro models are released.

The new iPad Air was one of the iPad models unveiled during a virtual event held by Apple in September. The same event which also saw Apple announce Apple Watch Series 6, Apple Watch SE, and more. And while the new Apple Watch models have since gone on sale, iPad Air was always arriving a little later in ‘October’.

Key features of the new iPad Air include:

Customers can choose iPad air in five colours including Space Grey, Silver, Rose Gold, Green, and Sky Blue. And can choose from either 64GB or 256GB of storage with Wi-Fi or Wi-Fi + Cellular connectivity. However, while the new iPhone 12 and iPhone 12 Pro models offer 5G, iPad Air does not.

In Australia, the all-new iPad Air (2020) is priced from a Recommended Retail Price (RRP) of A$899 with Wi-Fi connectivity. And from A$1,099 inc. GST for WiFi+Cellular models. All pricing includes GST and varies depending on storage size and connectivity.

For a limited time, Apple is offering 1 year of Apple TV+ and 3-months of Apple Arcade free with every purchase of iPad.

Apple is also offering Educational pricing to individuals, including current and newly accepted university students and their parents, as well as faculty, staff, and homeschool teachers of all grade levels. Educational pricing for iPad Air is available from RRP A$829, a saving of A$70. The second-generation Apple Pencil is available for RRP A$189, the Smart Keyboard Folio for RRP A$239, and Magic Keyboard for RRP A$469.