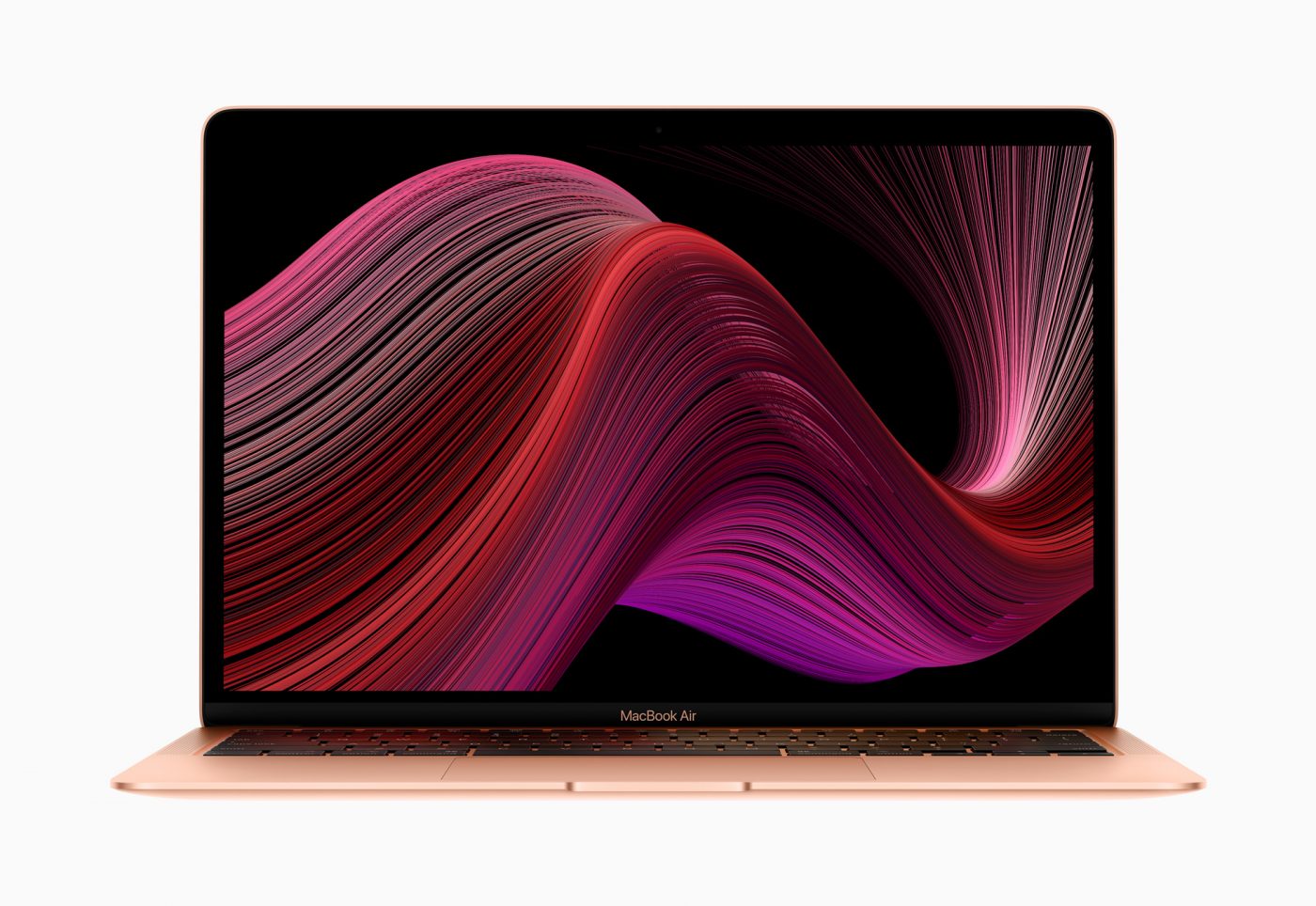 In addition to the new iPad Pro, Apple has announced an upgraded MacBook Air, its most popular Mac. And it too is available for order from today at Apple’s online store.

The new MacBook Air has faster performance, twice as much storage, and an all-new keyboard. Yet, Apple has lowered the price from a Recommended Retail Price of A$1,599 (previously A$1,699). And even lower for University students at just A$1,439.

If you were to look at the MacBook Air you won’t be wrong saying it looks almost identical to the previous model. The enclosure and design of the MacBook Air remain identical with its thin and light shape made from 100% recycled aluminium.

However, the keyboard is where the big change is.

Apple has added the same ‘Magic Keyboard’ which was first announced with the 16-inch MacBook Pro to the new MacBook Air. Featuring a designed scissor mechanisum, delivering 1mm key travel for a more reliable and comfortable key feel. While the new inverted “T” arrangement for the arrow key promises to be easier to find without looking down.

Most importantly, the new Magic Keyboard has gone on to receive mostly positive reviews. And is much more loved over the previous model. And is not experiencing the same reliability issues that forced Apple to announce a keyboard replacement program.

Other internal changes and upgrades the MacBook Air has includes:

In Australia, the new MacBook Air is priced lower, starting at a Recommended Retail Price of A$1,599. University students and teachers of all educational institutes can save even more with pricing starting at just A$1,439. Special educational pricing is available from Apple online store for Education.

All MacBook Air models can be ordered from Apple’s online store. All orders include fast, free delivery and 14-day returns. A one-year free membership to Apple TV+ is also included to those customers eligible for the offer.