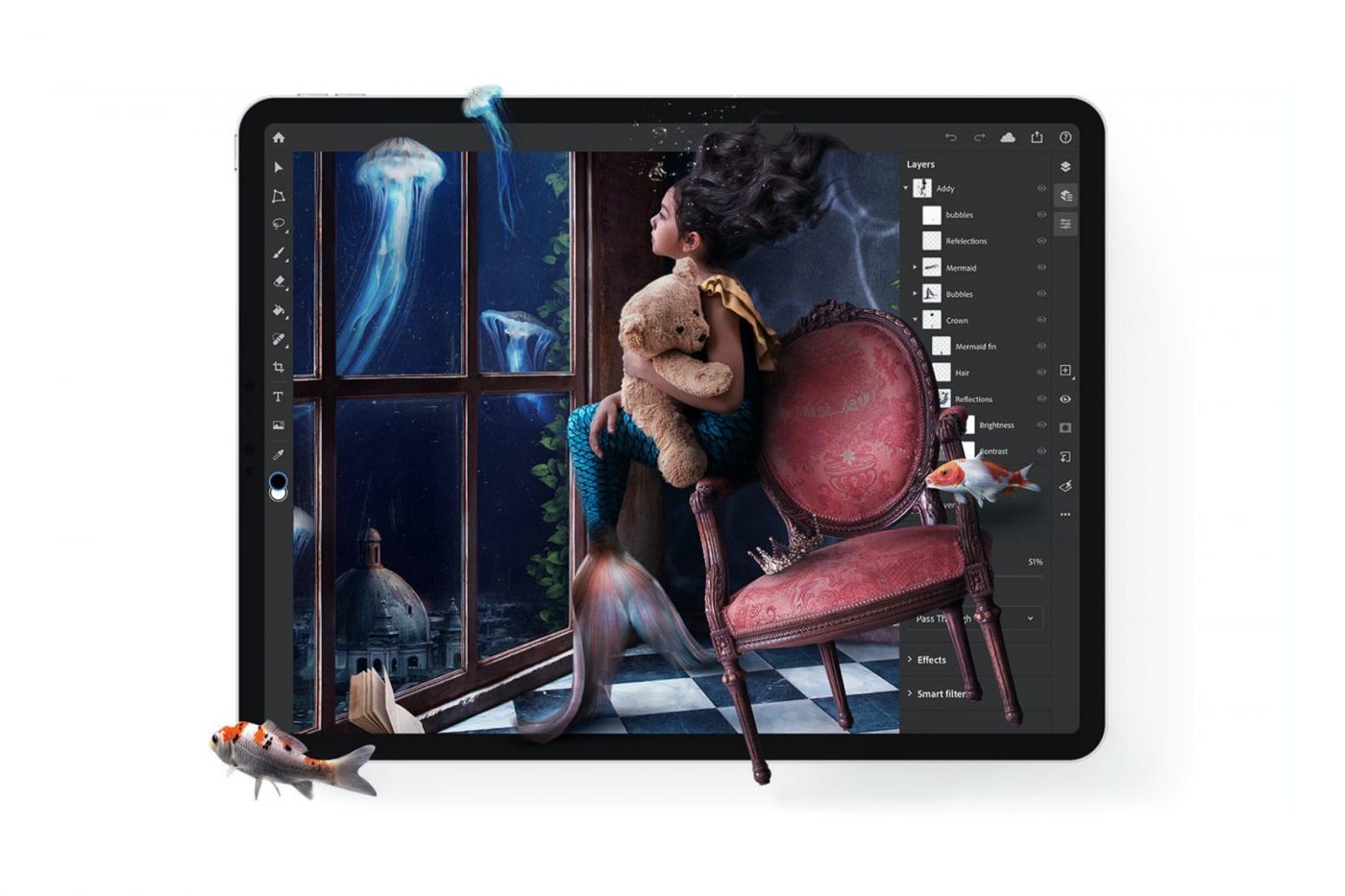 Adobe Photoshop Arrives On The iPad

One of the most requested and searched for apps for iPad would have to be Adobe’s Photoshop. After years of requests and more than a year after first being announced, Photoshop has arrived on the iPad.

The first version has been written by the same code as Photoshop on desktop (including Mac) and shares the same engine. And is also powered by a new cloud-saving technology Adobe is calling ‘Cloud Documents’ which also arrives at desktops today. This means you can open, create, and edit your PSD files at any time, anywhere.

Photoshop on the iPad is not the desktop version simply squished down for the touch device. Rather, Adobe has implemented an all-new user experience designed specifically for iPad. With a modern touch-friendly UI along with support for Apple Pencil – both first and second generations.

The result? A UI/UX that is optimised for iPad, but will be familiar to those who have used Photoshop on desktop. The standard Photoshop toolbar lies on the left, while the layers are to the right.

Photoshop is a product that is almost 30 years old and it took a lot of engineering and coding to bring it to the iPad. Adobe has confirmed not all features of the desktop version has come accross, rather they want to learn how customers use it. They will then prioritise features in future updates which will be rolling out regularly.

The focus of this release (version 1.0) is Photoshop’s top workflows, compositing, masking, and retouching. But many more are to come.

Adobe Photoshop on the iPad requires iPadOS 13.1 and one of the following iPad models:

The app is ‘free’ to download from the App Store on iPad but requires a subscription to use. If you have an Adobe Creative Cloud subscription you will receive Photoshop on the iPad already. Otherwise, you need to sign up.

In Australia, pricing starts at A$14.29 per month for a ‘Creative Cloud Photography’ plan. It includes iPad and desktop versions of Photoshop, Lightroom, Lightroom Classic, Spark, and Portfolio. Along with 20GB of cloud storage. However, you must purchase by January 2020 to get Photoshop on the iPad. After January 2020 it appears you will need to to buy the 1TB plan at A$28.59 a month.

More information about Photoshop on the iPad can be found at adobe.com/au/products/photoshop/ipad.html.

iPad is available from Apple and Authorised Apple Resellers around Australia. Buy from Apple online and get fast, free shipping and 14-day returns. Adobe is recommending iPad Pro models for Photoshop on the iPad, due to its high-end processors, graphic capabilities, and screen size.