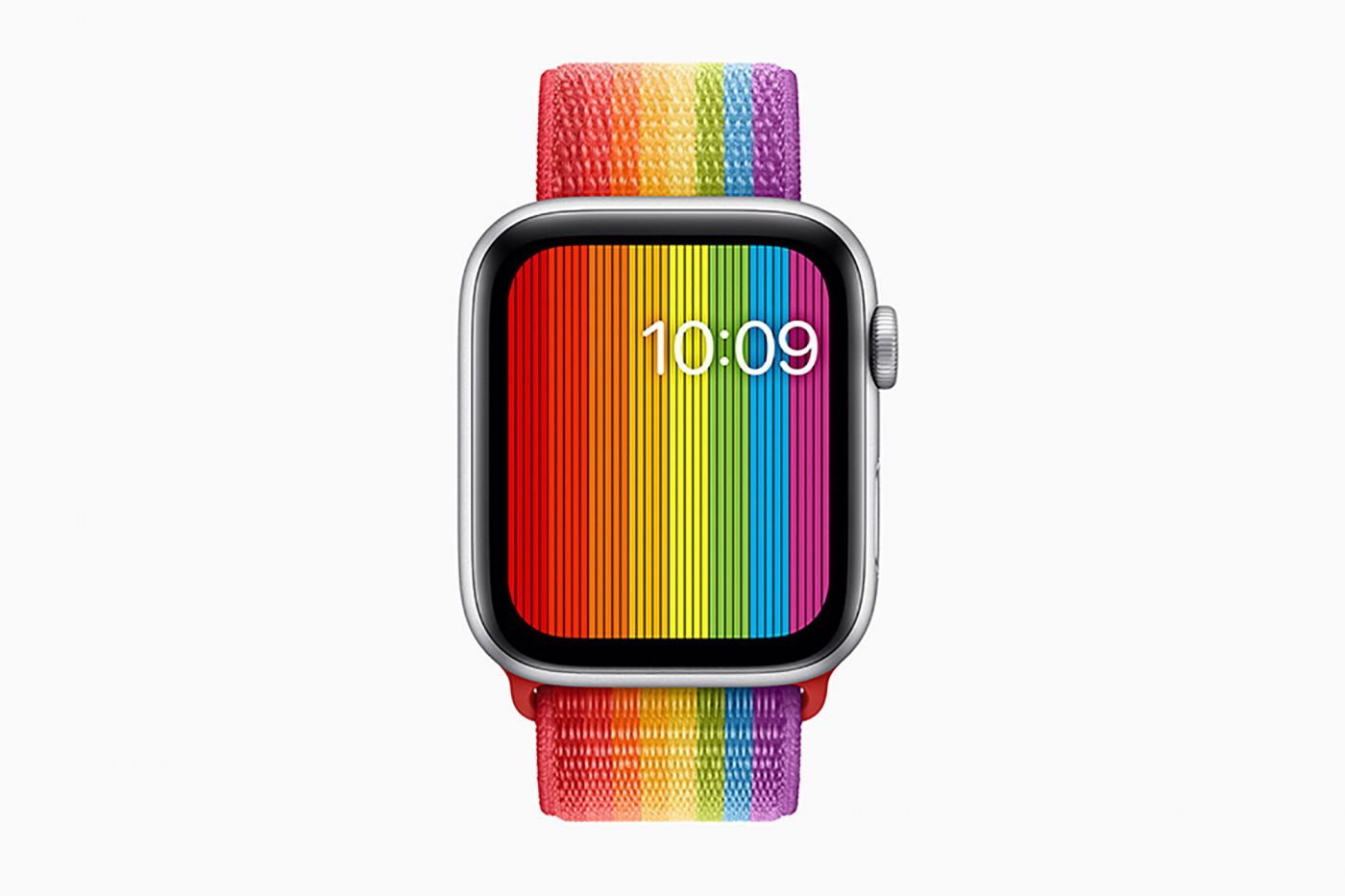 This year’s Pride Edition watch band is based on the Sport Loop design, made from a double-layer nylon weave and features a hook-and-loop fastener for quick and easy adjustment. Apple has also created dense loops within the weave on the skin side. Its purpose is to provide soft cushioning while also allowing moisture to escape.

The Sport Loop Watch band is available in 17 different colours, some which were released back in Autumn. The Pride Watch Band features colours of the iconic rainbow flag which has become a symbol of lesbian, gay, bisexual and transgender (LGBT) pride and LGBT social movements.

Apple has announced its support to LGBTQ advocacy organisations working to bring about positive change. Organisations including GLSEN, PFLAG, The Trevor Project, Gender Spectrum, The National Center for Transgender Equality and Encircle in the US; and ILGA internationally. A portion of the proceeds from Pride Edition band sales will benefit their important efforts.

All are offering fast, free delivery and 14-day returns on all purchases made from their online store.