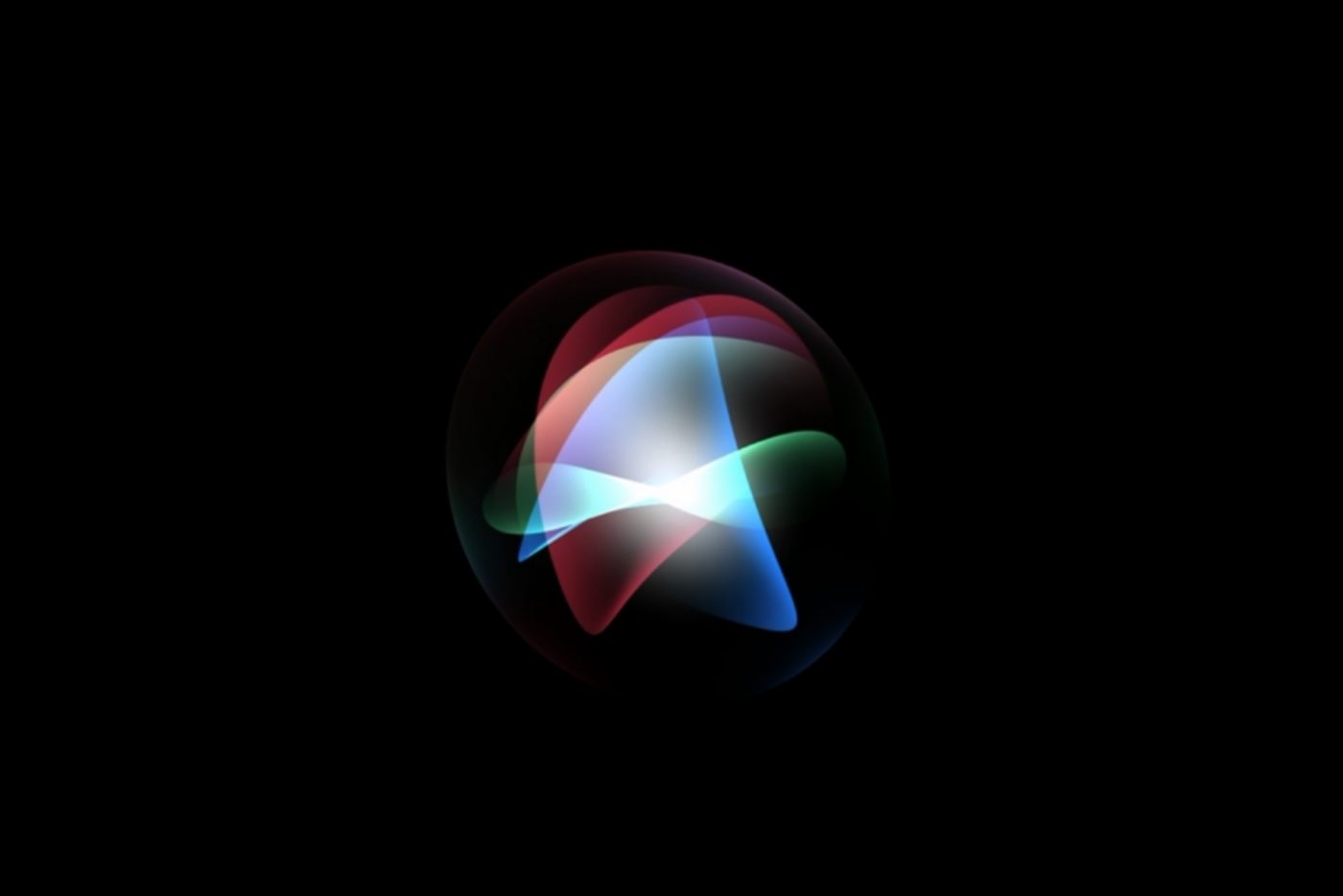 How I Use Siri Shortcuts To Find The Cheapest Petrol, Train Times to Class

One of the biggest new features of iOS 12 is Siri Shortcuts. At first, it may not be so clear, but when you dive in, it becomes extremely powerful. Siri Shortcuts allows you to record a custom phrase which can then trigger single or multiple actions or tasks to occur. Essentially, you can automate iOS and apps on your iPhone or iPad by simply asking Siri.

Siri Shortcuts deliver a quick way to get things done with your apps with just a tap or by asking Siri. The Shortcuts app enables you to create personal shortcuts with multiple steps from your favourite apps. – Apple

To explain the feature I have personally set up two Siri Shortcuts which I’ve found to be extremely helpful. One which allows me to know where the cheapest petrol is and the other to tell me my next train times.

Both of which I can achieve by simply asking Siri, Apple’s voice assistant which is built into the iPhone, iPad, Apple Watch, HomePod, and more.

At a time when petrol prices in NSW are high, finding the cheapest petrol to fill up my car is important to save some cash. I’ve been using an app called Petty by Australian developer Zach which displays real-time pricing of petrol stations around me. 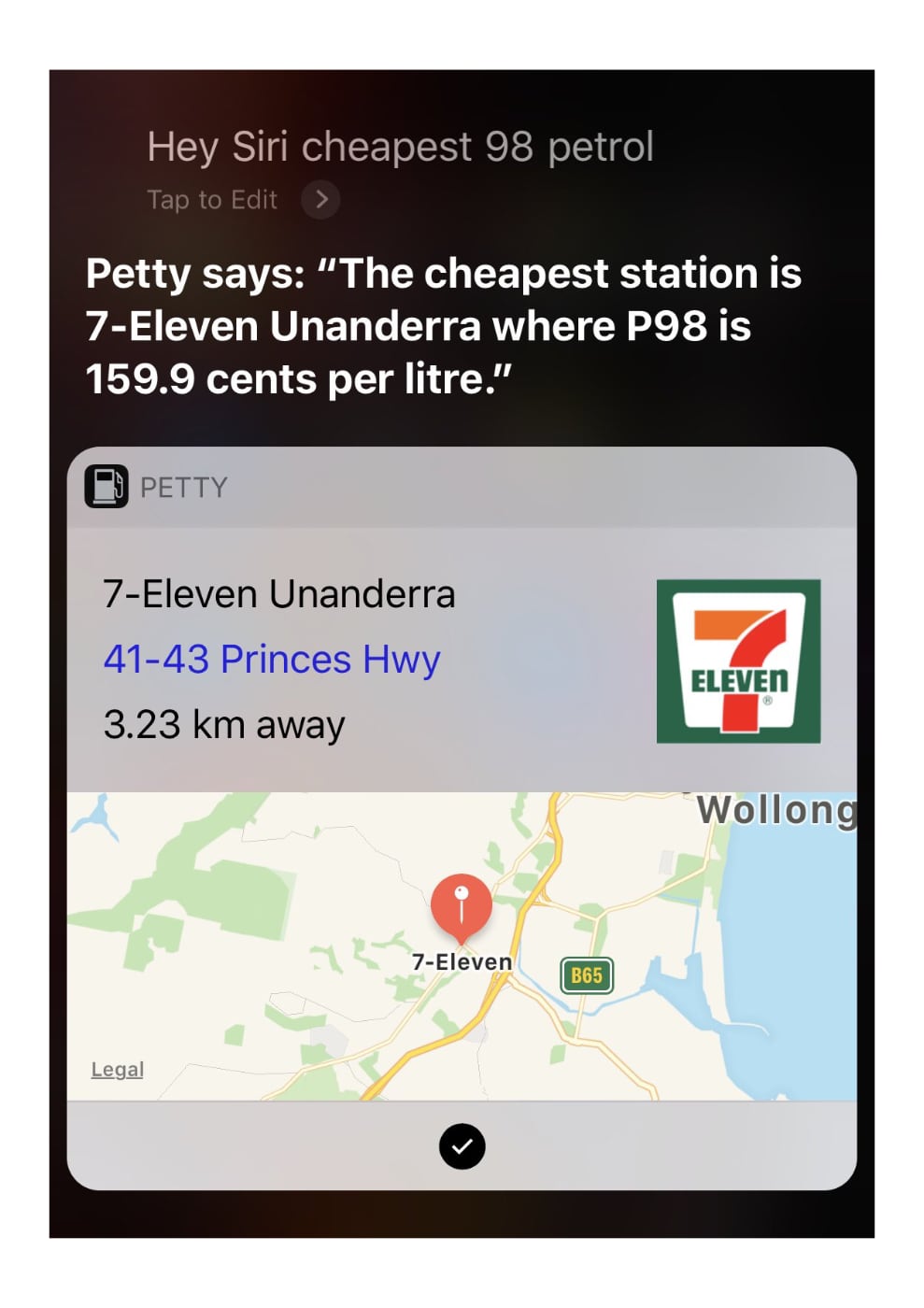 My second Siri Shortcut is one I have set up with TripView. A popular real-time transport app for Sydney and Melbourne. Every morning I find myself unlocking my iPhone, going to the app, and looking at my next train times to TAFE. At times I am often rushing to get ready or making breakfast. 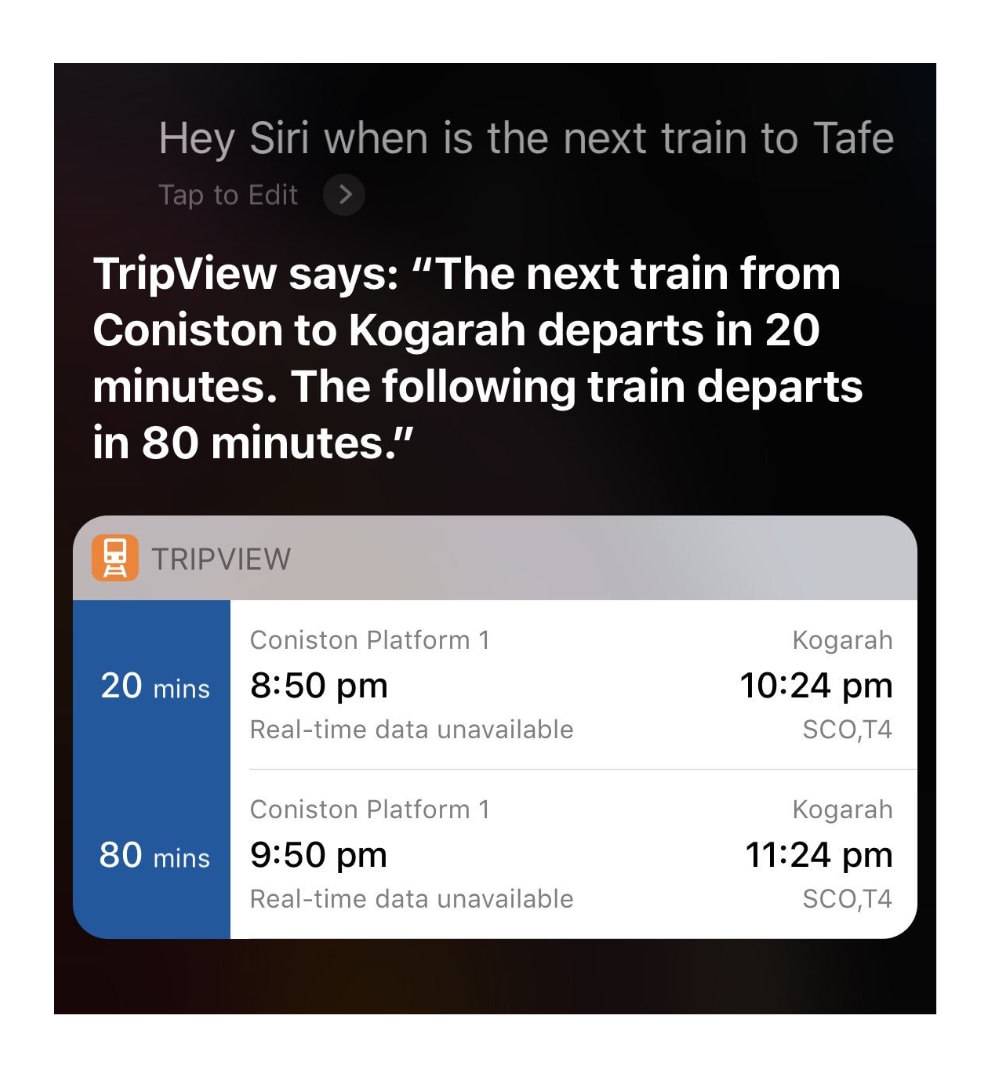 To save time I have set up a Siri Shortcut for when I say “Hey Siri, when is the next train to TAFE?”. Siri will then display and tell me the next two trains I can catch, sourced from TripView.

The obvious benefit is to save time. I no longer have to unlock my iPhone, look for the app, open it, and perform the task. I can now get Siri to do the task automatically.

However, there are other benefits including:

Shortcuts can be set up in the new Shortcuts app from the App Store. They can also be set up directly from the apps themselves. Both TripView and Petty must be installed on your iPhone to achieve the Siri Shortcuts I’ve described here.