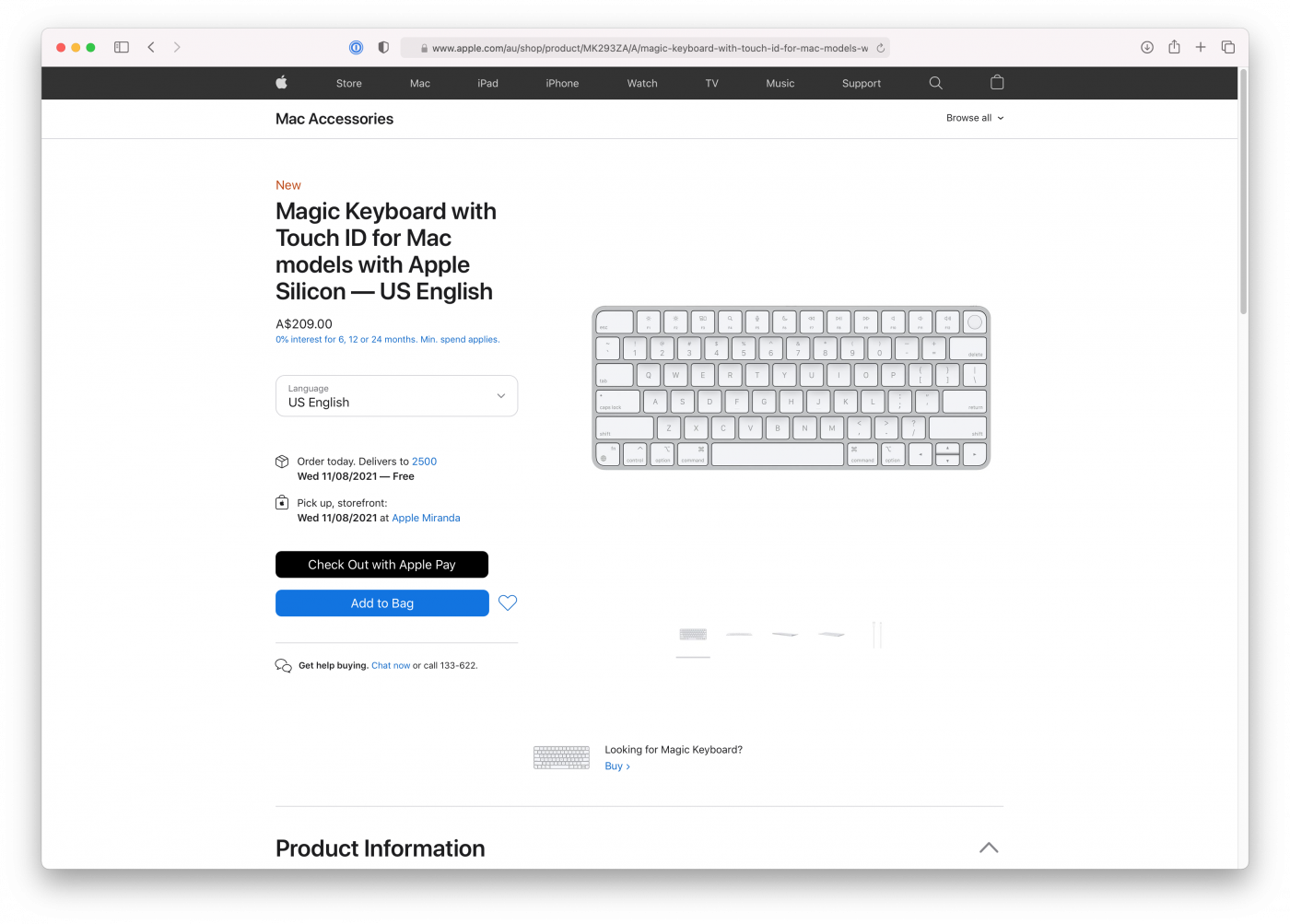 Magic Keyboards with Touch ID can now be purchased individually, Apple has announced. Bringing fast, secure, and easy way authentication to Mac models with Apple Silicon. From a recommended retail price of A$249.

It was with the all-new 24-inch iMac Apple first unveiled a Magic Keyboard with Touch ID. An Apple-designed wireless keyboard with a dedicated Touch ID button. Allowing a secure, fast, and easy way to log in to your Mac. And in addition, authenticate online purchases with Apple Pay. All with the touch of your finger.

However, it has only been available with the purchase of selected 24-inch iMac Models. Leading many to request Apple to sell the keyboard separately to iMac. Especially Mac Mini owners. It appears Apple has listened – or it was their plan all along.

Perhaps the Mac which would benefit most with Touch ID is the Mac Mini. Powered by the Apple M1 Chip, the Mac Mini is the most affordable desktop, Mac. A display, keyboard, and mouse/trackpad are, however, required separately. While most current MacBook Air and MacBook Pro, Apple’s notebook range, include Touch ID.

Importantly, Touch ID Magic Keyboards require a Mac, powered by an Apple Silicon chip. Meaning it must have an ‘Apple M1 Chip’ or later (not an Intel chip). And it must have macOS 11.4 or later installed. Not supported, at the time of writing, are the 27-inch iMac and Mac Pro. These models run on Intel processors – for now.

In Australia, a Magic Keyboard with Touch ID is priced from a recommended retail price of A$209. Or A$249 for a version with numeric keys. The Magic Mouse is priced at A$109, and A$179 for the Magic Keypad.

A Magic Keyboard without Touch ID is also available. Priced at a more affordable A$139.

All Magic Accessories can be purchased at Apple online with free delivery, in-store pickup, and 14-day returns. They should soon hit other Authorised Apple Resellers. Including Amazon, JB Hi-Fi, The Good Guys, David Jones, and more.