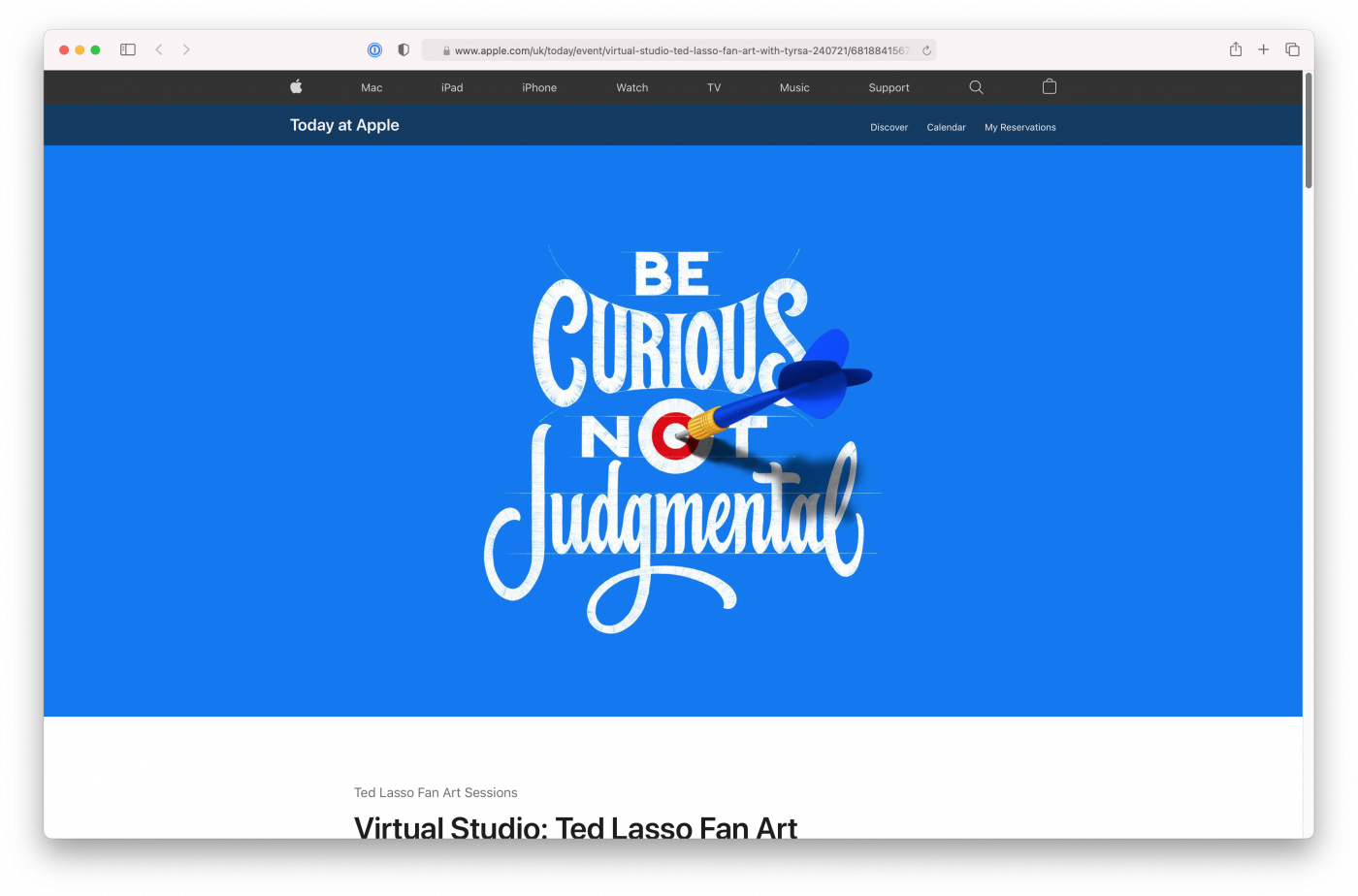 Apple has today launched its ‘Today at Apple’ sessions on YouTube. While also unveiling an upcoming Ted Lasso session that invites you to create Ted Lasso fan art. Both of which arrive at a time when Sydney and other parts of Australia are in lockdown.

Today at Apple are free sessions Apple hosts, empowering people to learn more about their Apple products, get creative, and be inspired. With sessions on basic how-to. To video editing, drawing on iPad, and lots more.

Originally, sessions were hosted at Apple Retail Stores, however, COVID-19 has meant that they are now hosted virtually. And now they have been expanded further, with Apple announcing Today at Apple sessions are available on its YouTube channel.

To launch Virtual Today at Apple on YouTube, Apple has released a session in which viewers learn how to draw themselves as “Peanuts” characters. Alongside the help of “The Snoopy Show” showrunner Mark Evestaff and storyboard artist Krista Porter. Along with Apple Store Creative Pro Anthony. An iPad and Apple Pencil, or an iPhone with the free Pages app installed is all that is required.

To kick off Season 2 of the award-winning Apple Original series Ted Lasso, Apple is hosting a virtual studio event. Inviting people to create fan art with Tyrsa, a french illustrator and type artist.

Participants will write an inspirational quote using an iPad and Apple Pencil for themselves, friends or family, or their favourite football team. The first session will launch on Saturday, July 24th at 6:30 pm AEST.

For more information or to register please see here.