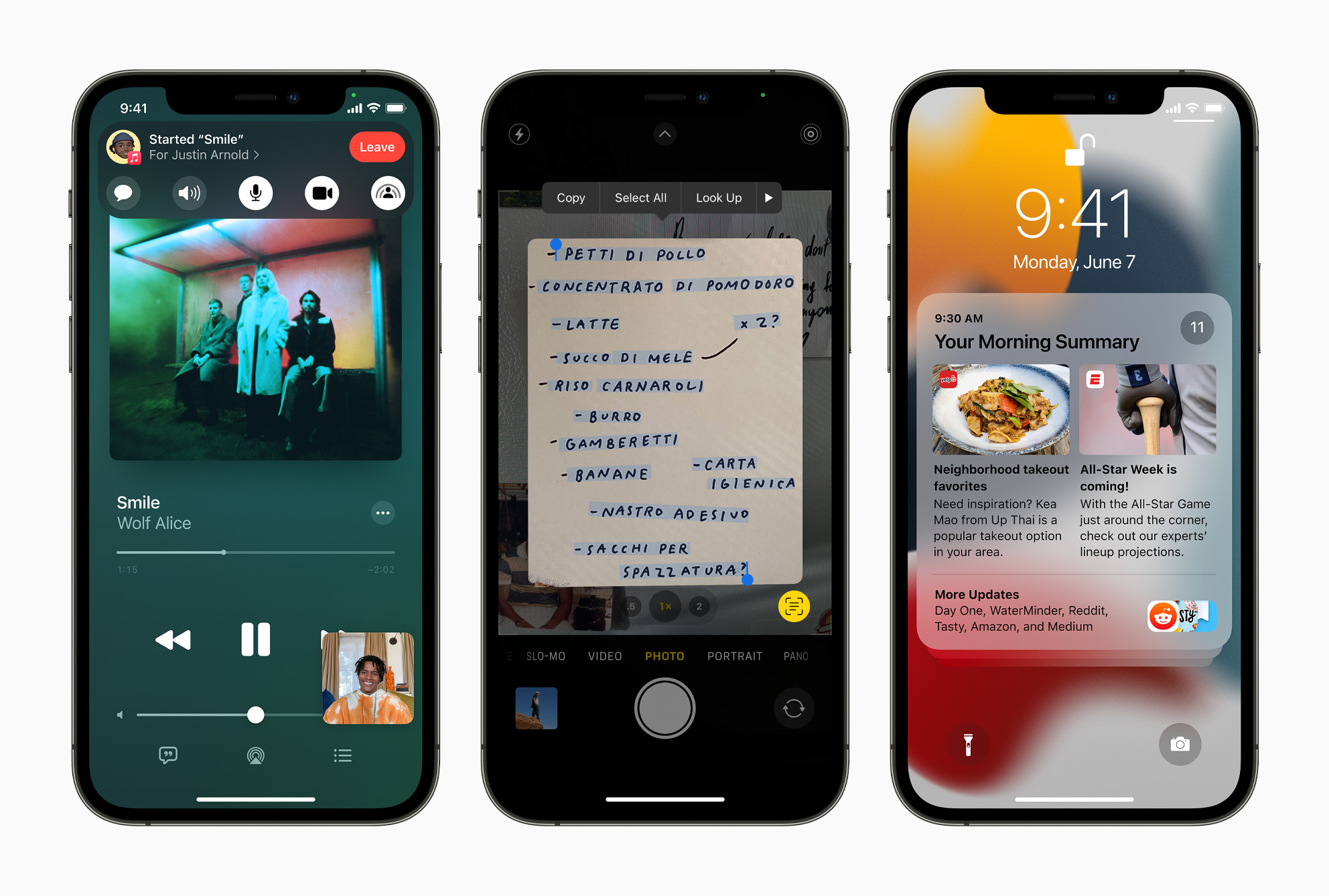 During the early hours of this morning, Apple unveiled major releases to its software platforms. Including iOS 15 and iPadOS 15, watchOS 8, and macOS Monterey. All of which will be released to the general public in Sprint, 2021, as free software updates.

This year, Apple has focused on new experiences to connect and share with the ones we love. Cities in Apple Maps are significantly more detailed. And there are bigger and better improvements to privacy, health, and more.

New features and updates are generally available across all software platforms, particularly iOS 15 and iPadOS 15. However, some are unique to specific platforms, as follows:

Every iPhone runs iOS, so naturally, any update to iOS lands in the hands of people more than any other Apple platform. This year’s major release to iOS is called iOS 15.

Apple has focused on improving several key areas of iOS 15. While also providing new and exciting features. Some of the many new key features of iOS include:

A complete list of new features in iOS 15 can be viewed here.

iPad will gain just about every new feature of iOS 15. But it will also gain improvements and new features specific to it, with iPadOS 15 – the next major release of iPadOS.

This years release of iPadOS heavily focuses on improving multitasking, getting things done, organising information, and much more. Some of the many new key features of iPadOS 15 include:

iPadOS 15 also gains many of the new features available in iOS 15. Including new ways to use FaceTime and share, Apple Maps, privacy enhancements, and much more. A complete list of new features in iPadOS 15 can be viewed here.

Every new Mac runs macOS. This year, macOS will receive a big update with the release of macOS Monterey. It will gain many of the features of iOS 15 and iPadOS 15. Including FaceTime and sharing updates, detailed cities in Apple Maps, and more.

A complete list of new features in macOS Monterey can be viewed here.

The operating system which powers Apple Watch will also gain an update with the release of watchOS 8. It gains new and exciting ways to view and share photos, store digital versions of keys, and improve overall health and wellbeing.

Some of the many new features of watchOS 8 include:

A complete list of new features in watchOS 8 can be viewed here.