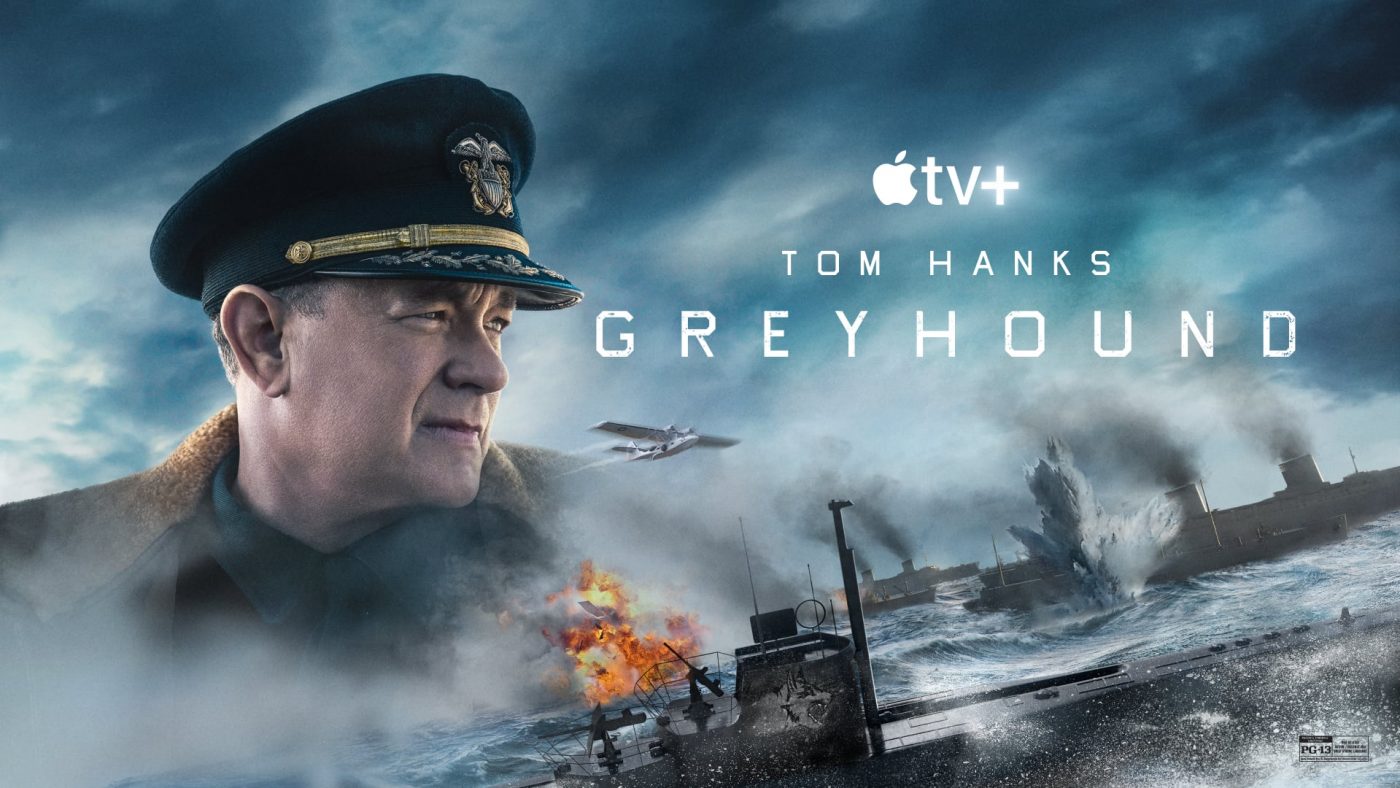 On July 10th, “Greyhound,” starring Tom Hanks will become the newest Apple Original film on Apple TV+. Available to stream in up to 4K to all Apple TV+ members exclusively.

Tom Hanks stars as a longtime Navy veteran who, as a first-time captain, is tasked with protecting a convoy of 37 ships. Carrying thousands of soldiers and much-needed supplies across the treacherous waters of the Atlantic during World War II. For five days with no air cover, the captain and his small force of three escort ships must make their way through an area of the ocean known as “the Black Pit,” battling Nazi U-boats while protecting their invaluable ships and soldiers. “Greyhound” is inspired by events during the Battle of the Atlantic. Which took place in the earliest months of America’s alliance with Great Britain and the Allied Forces. Stephen Graham, Rob Morgan and Elisabeth Shue star alongside Hanks.

“Greyhound” was written by Tom Hanks, directed by Aaron Schneider and produced by Gary Goetzman.

The film was due to make its debut in cinemas around the world. But that plan was scrapped due to COVID-19. As has been the case with many new movies. Therefore, Apple bought the rights to the film, which is a Playtone Production from Sony Pictures/Stage Six Films.

“Greyhound” will be the second partnership between Apple and Playtone. Following a straight-to-series order for the sweeping drama series “Masters of the Air”. Which will be executively produced by Steven Spielberg, Tom Hanks and Gary Goetzman. And is the first project green-lit by Apple, as Apple serving as the studio.

In Australia, “Greyhound” will be available for streaming from Friday, July 10th, 2020. All current members of Apple TV Plus will be able to stream the movie in up to 4K quality.

Apple TV+ is available on the Apple TV app on iPhone, iPad, Apple TV, iPod touch, Mac, select Samsung and LG smart TVs, Amazon Fire TV and Roku devices, as well as at tv.apple.com/au, for A$7.99 inc. GST per month with a seven-day free trial. The Apple TV app will be available on Sony and VIZIO smart TVs later this year.

For a limited time, customers who purchase a new iPhone, iPad, Apple TV, Mac or iPod touch can enjoy one year of Apple TV+ for free.

An official trailer for the film can be watched below or on Apple TV’s YouTube channel.