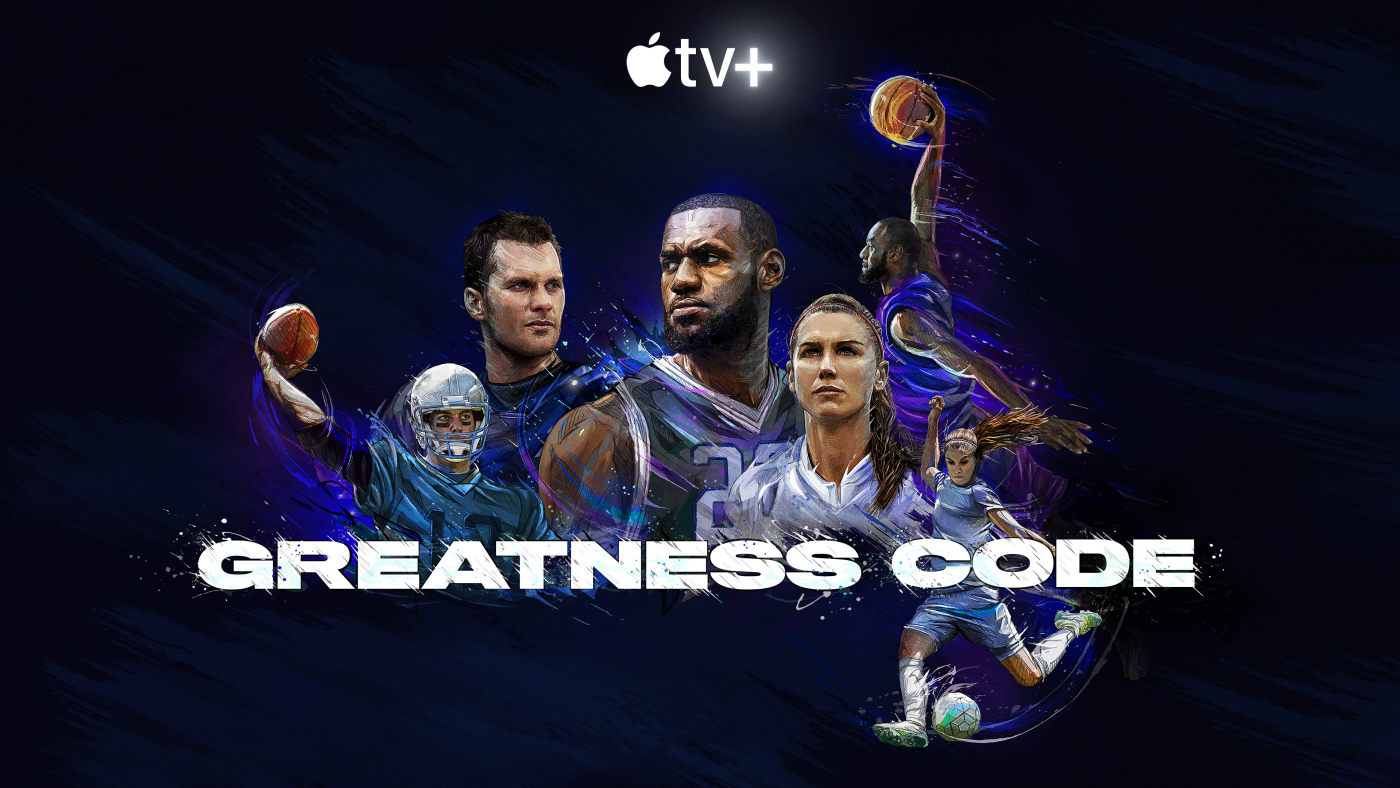 “Greatness Code”, a landmark Apple Original docuseries featuring renowned athletes has been unveiled by Apple. With the release of an official trailer, while the series will premier globally on Apple TV+ on Friday, July 10th.

Throughout the seven mini-episodes untold, unscripted stories will be told from each of the athletes. Focusing on a pivotal moment which defined their careers.

“Greatness Code” is a co-production between powerhouse sports content platforms Religion of Sports. And is co-founded by Chopra, Brady, and NFL Hall of Fame legend Michael Strahan; and Uninterrupted, the athlete empowerment brand founded by LeBron James and Maverick Carter.

Apple TV+ is available on the Apple TV app on iPhone, iPad, Apple TV, iPod touch, and Mac. Plus select Samsung and LG smart TVs, Amazon Fire TV and Roku devices. As well as at tv.apple.com/au, for A$7.99 inc. GST per month with a seven-day free trial. The Apple TV app will be available on Sony and VIZIO smart TVs later this year.

For a limited time, customers can enjoy one year of Apple TV+ free. Who purchase a new iPhone, iPad, Apple TV, Mac or iPod touch. This special offer is good for three months after the first activation of the eligible device.