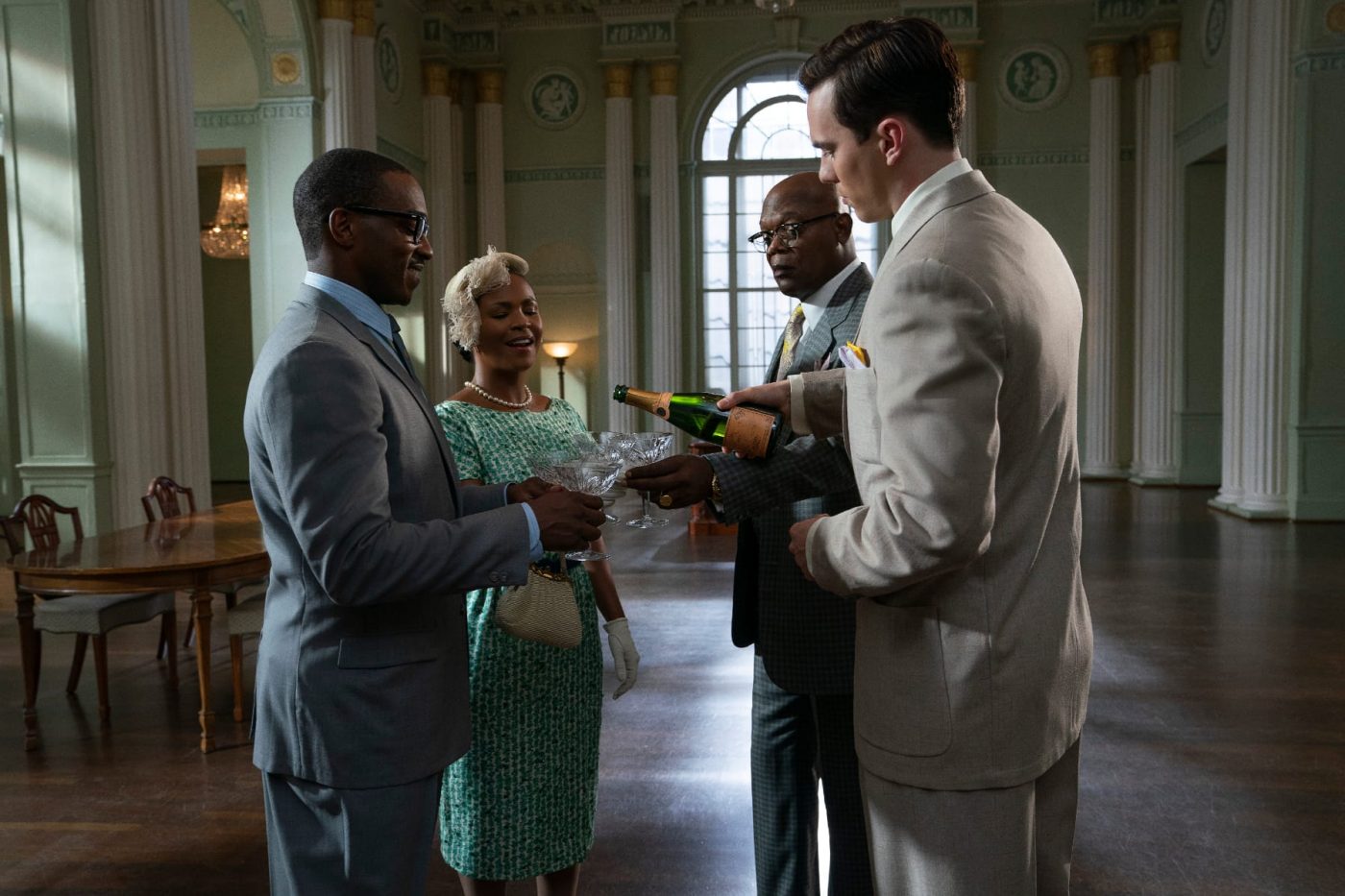 ‘The Banker’, An Apple Original Movie, Now Streaming On Apple TV Plus

After months of anticipation (and delay), ‘The Banker‘ has made its debut on Apple TV+. The first Apple Original movie, available for streaming in 4K HDR for all members of Apple’s original streaming service.

Earlier in the month, Apple held its premiere for ‘The Banker’, announcing it would first screen at selected cinemas before becoming available for streaming. Given the COVID-19 pandemic around the world, screening at cinemas was cancelled, but not the planned streaming release. Nonetheless, Apple plans to release selected original movies in cinemas prior to streaming in the future. It was unclear if any cinemas in Australia planned on screening the movie.

At the time of writing, the movie has received a 74% rating from critics on Rotten Tomatoes. However, audience scores (general public) is currently sitting at 100% based on 88 reviews.

Inspired by true events, “The Banker” centres on revolutionary businessmen Bernard Garrett (Anthony Mackie) and Joe Morris (Samuel L. Jackson), who devise an audacious and risky plan to take on the racist establishment of the 1960s by helping other African Americans pursue the American dream. Along with Garrett’s wife Eunice (Nia Long), they train a working-class white man, Matt Steiner (Nicholas Hoult), to pose as the rich and privileged face of their burgeoning real estate and banking empire – while Garrett and Morris pose as a janitor and a chauffeur. Their success ultimately draws the attention of the federal government, which threatens everything the four have built.

Apple TV+ is available on the Apple TV app on iPhone, iPad, Apple TV, iPod touch, Mac, select Samsung and LG smart TVs, Amazon Fire TV and Roku devices, as well as at tv.apple.com/au, for A$7.99 inc. GST per month with a seven-day free trial. The Apple TV app will be available on Sony and VIZIO smart TVs later this in 2020.

For a limited time, those who purchase a new iPhone, iPad, Apple TV, Mac or iPod touch can enjoy one year of Apple TV+ for free.