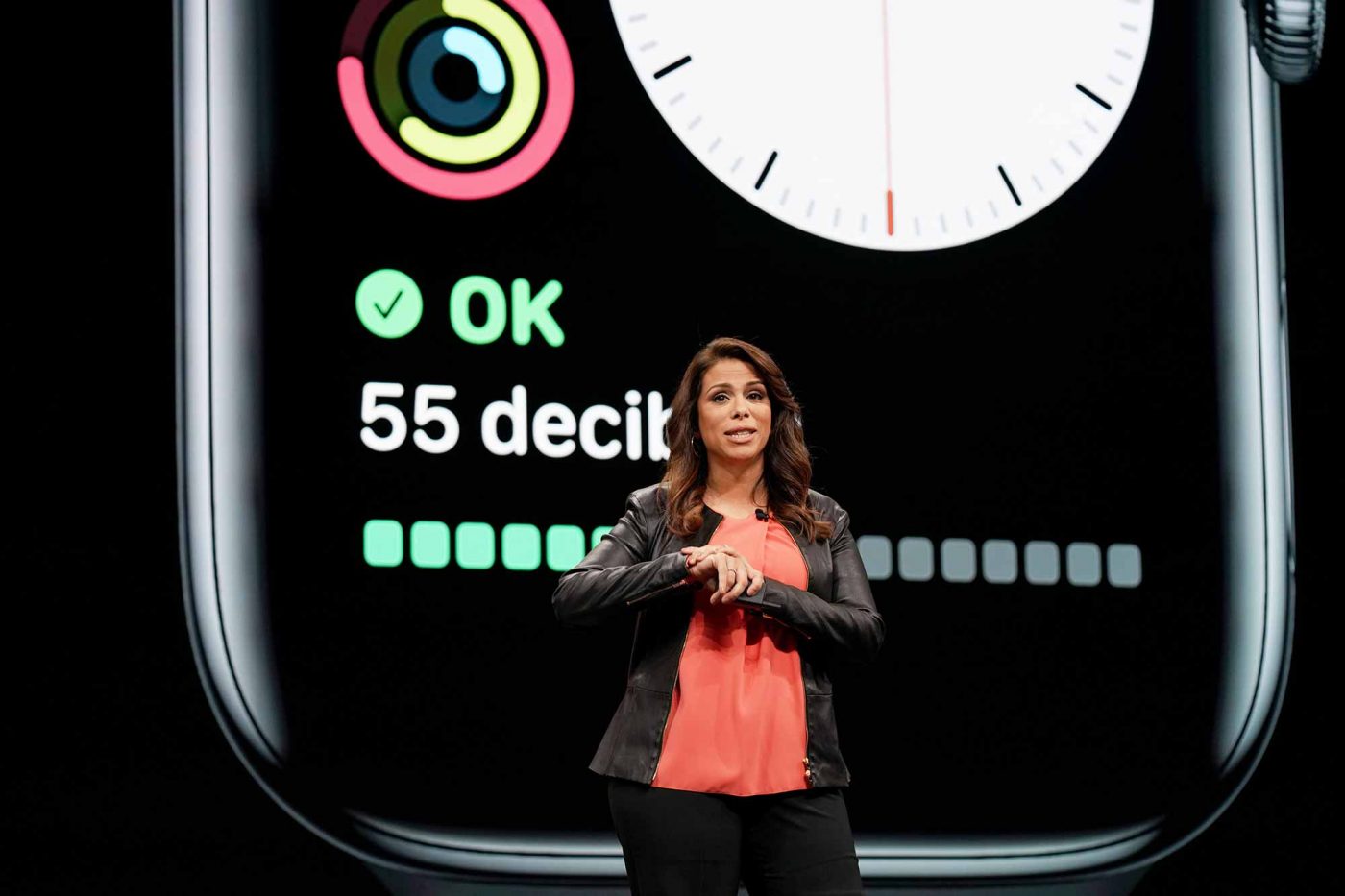 Three new health and fitness capabilities will arrive to Apple Watch which include:

Health and Fitness data collected by a wearer’s Apple Watch is personal. Therefore, all information is encrypted and stored locally on device – be your own personal iPhone or Apple Watch. And will be stored encrypted in iCloud only if you choose to do so. Audio and sounds are not recorded or sent to Apple, only the decibel level is being registered by the watch.

The App Store will be arriving on the Apple Watch for the first time. Providing the ability to download and install third-party apps directly from Apple Watch.

Apple has also given developers the ability to make Apple Watch-only Apps without the requirement that they must also run on the iPhone. And the ability to implement new streaming capabilities into their apps. For example, streaming of music, radio, and podcasts. All of this will result in a lot more Apps and therefore, features and services for Apple Watch.

Apple has made a number of new Apps and Watch faces for Apple Watch which too will arrive with watchOS 6. These include:

Apple has confirmed watchOS 6 will be a free update to all Apple Watch models with the exception of the first-generation (known as Series 0). Some features and services vary between models because of newer Apple Watch models, such as the Series 4, contains better and/or new hardware including sensors.

The release of watchOS 6 is slated in Australia for sometime during Spring.

Apple Watch models can be purchased from Apple’s online store. All models sold today will come with watchOS 5.