Over in Washington D.C., Apple has been carefully restoring Carnegie Library. Apple’s most extensive and historic restoration to date. And one that has given the 116-year-old building a new life and captures the vision of Apple.

Today, Apple has shown Apple Carnegie Library, the result of the restoration. By sharing a collection of photos for the first time, and detailing information about the project.

The Carnegie Library opened in 1903 and was once a centre for learning, discovery, and creativity for the community. The Beaux-arts style building, though, had become rundown. And had not been used as a library since 1972.

Apple Carnegie Library is more than just an Apple Store. It is where, once again, the community can learn, discover, and be creative with free Today at Apple sessions. A vision Apple wanted to bring to Federation Square in Melbourne. Nevertheless, to bring this vision, Apple needed to carefully restore the building. A task they began back in 2017. 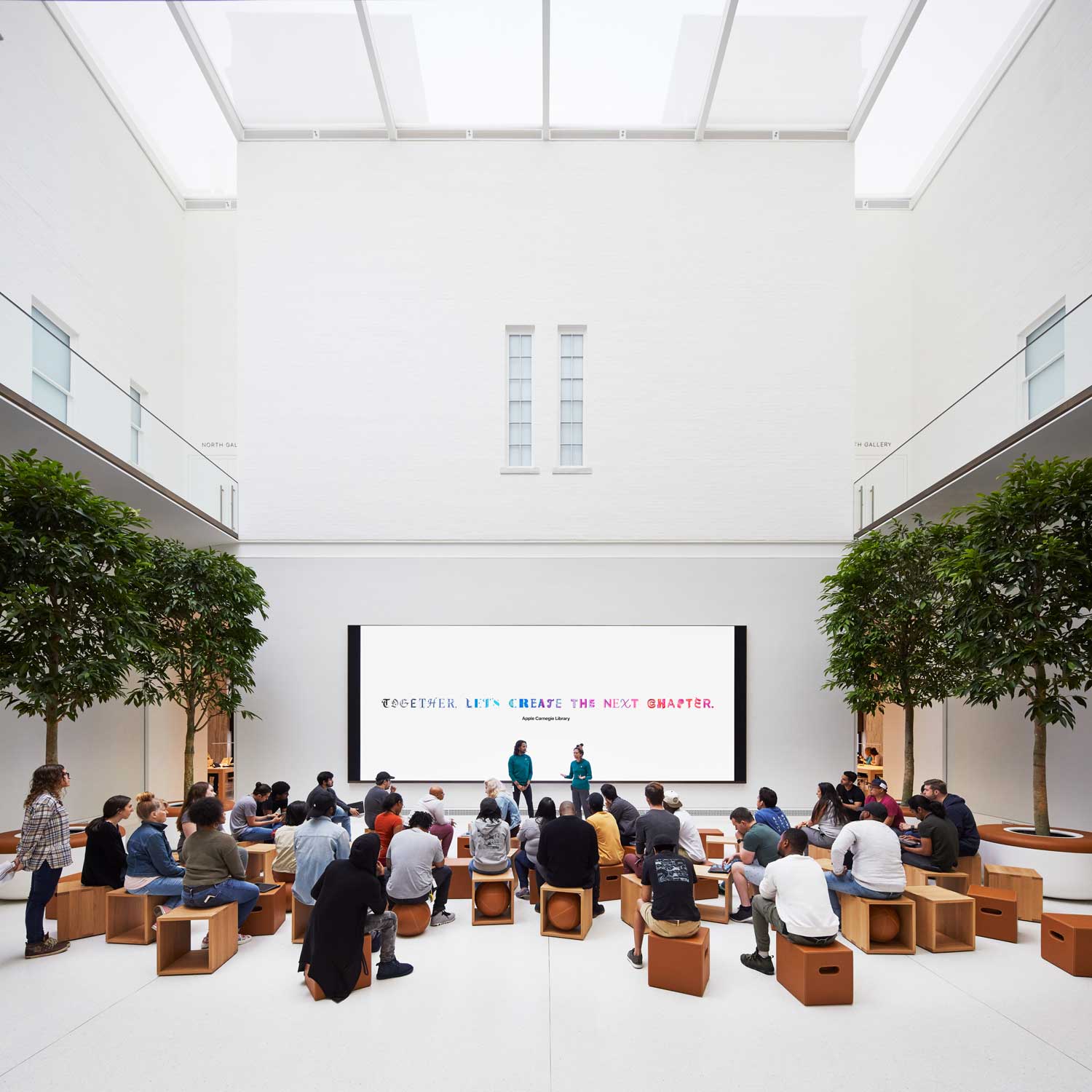 The collaboration between all has resulted in the Carnegie Library being restored beautifully. From the historic facades to returning the interior spaces to their footprints. And distinctive early 20th-century detailing. While a new skylight in the heart of the store illuminates a new double-height atrium called The Forum. Where Today at Apple sessions will be held. Focusing on Photography, filmmaking, music creation, coding, design, and more.

An area that once houses the book stacks is now the Genius Grove. A place where Apple’s team of geniuses provide personalised technical support and advice.

The restoration project also involved the creation of a new DC History Museum. And the Carnegie Gallery in the basement where historic photographs and documents are displayed. Providing a way for all to learn and discover the history of the building. A grand marble staircase provides a way to access all levels, including the basement.

Apple Carnegie Library opens May 11th at 10am.