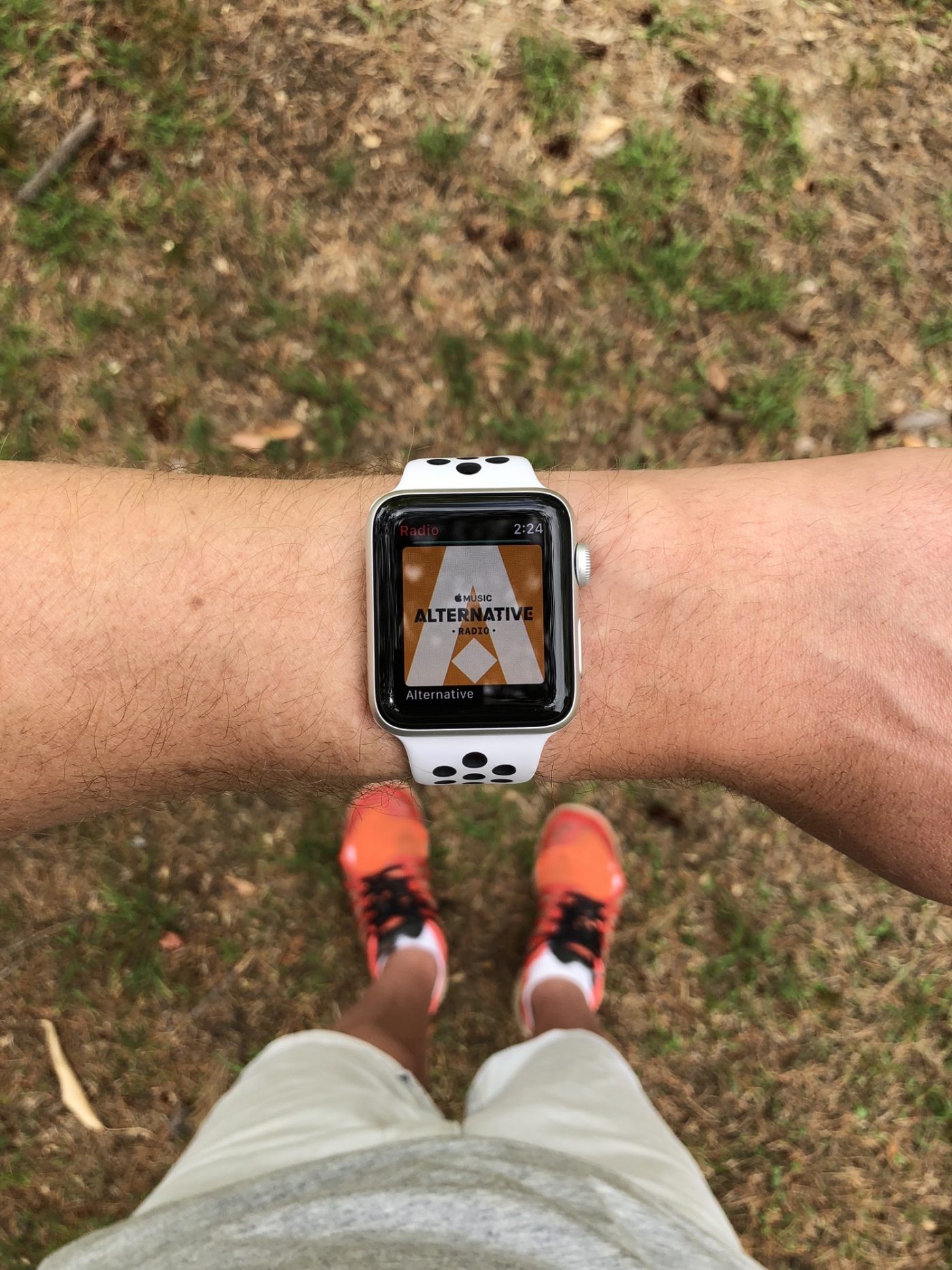 The ability to stream music with Apple Music directly on Apple Watch is now possible with the release of a free update, watchOS 4.1. The update also brings other new features including GymKit and bug fixes and is available now for download.

The prominent feature of this release is Apple Music on Apple Watch. Apple Music is Apple’s music streaming service with over 40 million songs, curated playlists, radio stations and more. While it has been on other products such as the iPhone, iPad or the Mac it hasn’t been on Apple Watch – until now.

It essentially gives you “40 million songs on your wrist”.

#AppleMusic is now on the Apple Watch!

This means it is now possible to stream any song from the Apple Music catalogue, curated playlists or radio stations directly from the watch while on the go. Music can play to wireless earphones or headphones such as Apple’s AirPods. It is even possible to stream Apple Music without an iPhone using the new Apple Watch Series 3 GPS + Cellular which supports 4G LTE data.

watchOS 4.1 also brings GymKit, a feature which will see fitness data from GymKit-enabled equipment sync to your Apple Watch during and after a workout. Equipment includes treadmills, ellipticals, steppers and indoor bikes. The update also includes a number of important bug fixes.

The update is free to download for all Apple Watch users with the Wath app on iPhone.