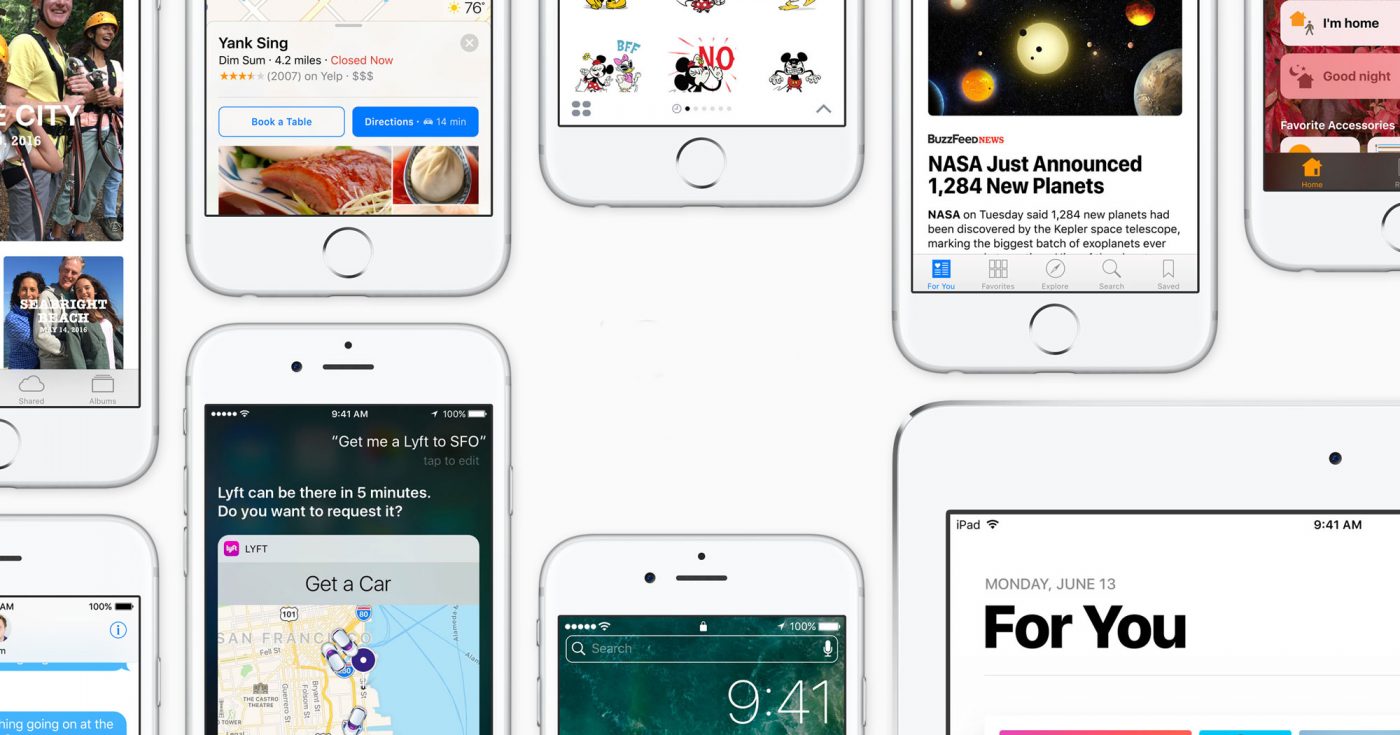 In what Apple is calling the “biggest release ever,” iOS 10 has been announced – bringing a big list of new features to the iPhone, iPad, and iPod Touch. These include additions to the Messages app, a new Home App, an all-New design to Apple News, Apple Music and Maps, new features to the Photos app, and lots more.

“iOS 10 is our biggest release ever, with delightful new ways to express yourself in Messages, a native app for Home automation, and beautifully redesigned apps for Music, Maps, and News that are more intuitive and more powerful, making everything you love about your iPhone, and iPad even better,”

Apple’s Music Streaming service Apple Music, along with Apple News, have both received design changes to bring greater clarity and simplicity to the experience of using those services. Both of the services were introduced last year, Apple confirmed 15 million users use Apple Music while 60 million use Apple News.

iOS 10 includes a long list of new features to both end users and developers who create apps for iOS to allow them to create even better, more advanced apps for iOS.

As seen in the official iOS 10 video much of the changes to iOS 10 are to the Messages, Apple Music and News apps – in addition to Siri, as Siri is now available for developers to use in their apps.

You can see all the new features of iOS 10 from Apple.

At this stage iOS 10 is a ‘preview’ and will go through beta testing by developers and those on public beta for the next few months. While no date has been set, iOS 10 will be available in Australia sometime early Spring.