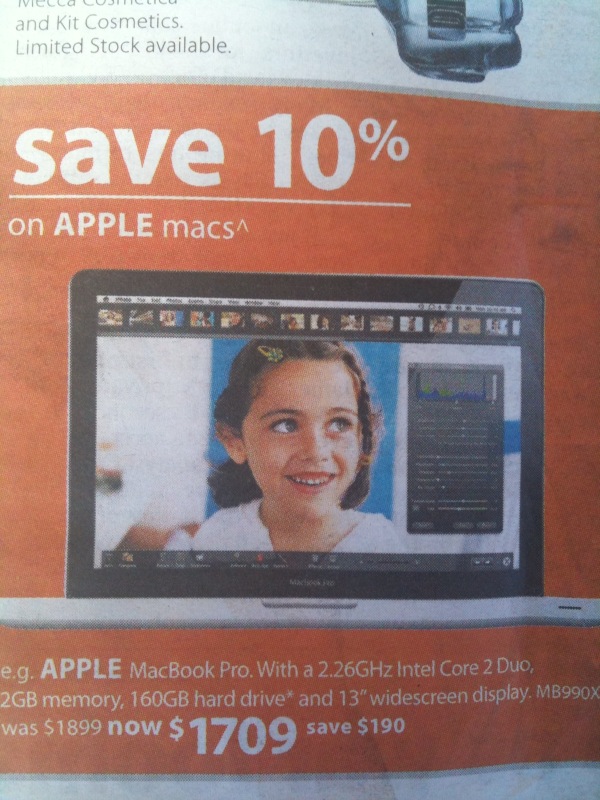 Its fathers day which means plenty of specials! Myers have 10% off all Apple Macs from now until sunday 6th of September!

This ad is shown in the Daily Telegraph, page 3.

UPDATE: There is word other stores around VIC, SA etc are running this special: ‘For today only Myers has 10% off all Macs. Selected stores only including Melbourne City, Sydney City, Brisbane City, Pacific Fair, Adelaide City, Perth City, Bondi, Doncaster and Maroochydore’

UPDATE 2: There are reports that both JB Hi-Fi and DickSmiths are matching this deal. 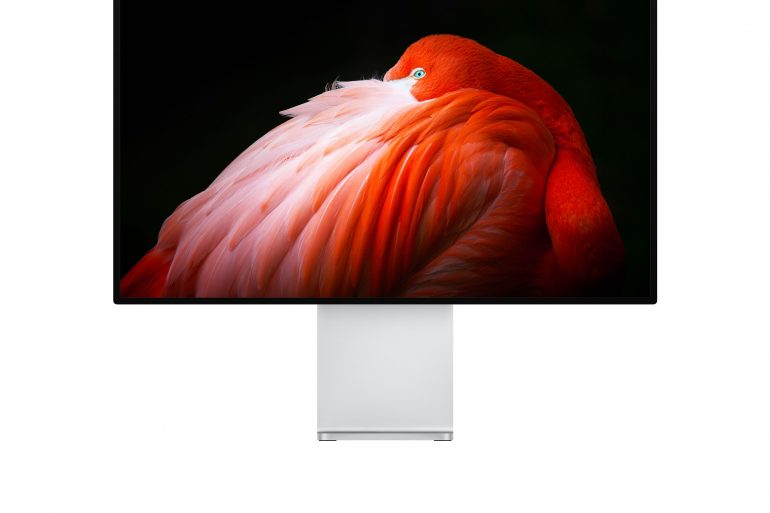