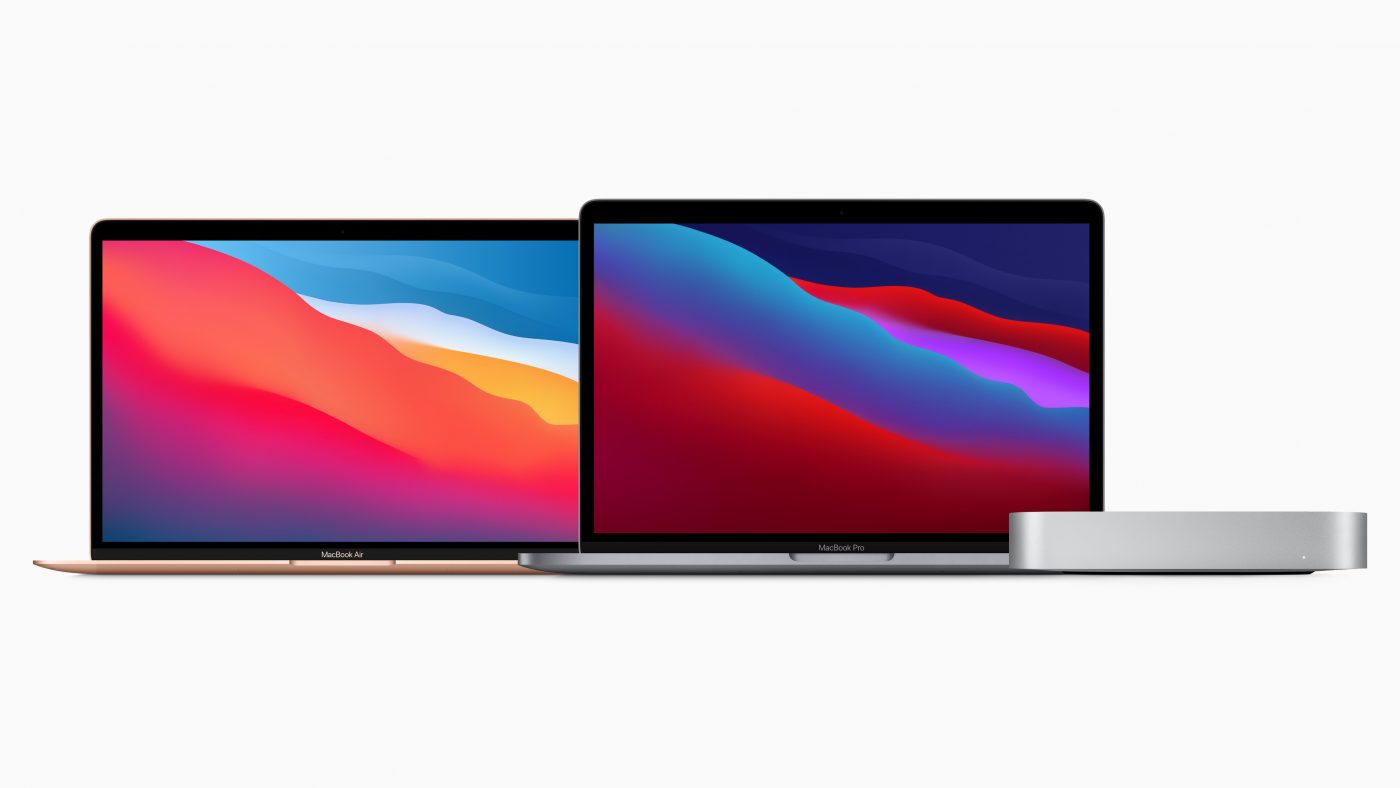 In the early hours of this morning, Apple held its final event for the year, the third in three months. This event saw the unveiling of the first Apple-designed chip and first Mac computers which will be powered by it. Including a 13-inch MacBook Air and MacBook Pro, and Mac Mini, all available to order today and delivered on November 17th.

The first Apple chip designed for the Mac will transform the Mac experience by delivering significant performance per watt. In other words, more performance while using less power, thus increasing battery life. All while integrating the CPU, GPU, Neural Engine, I/O, and more onto one tiny chip. And it is called the M1.

Together with macOS Big Sur, the latest release of the Mac operating system, M1 will deliver:

To deliver all that, Apple built the M1 using cutting-edge 5-nanometre-process technology. And packed 16 billion transistors onto it – the most Apple has ever put on a chip. As a result, it is the world’s fastest CPU core in low-power silicon, and the world’s best CPU performance per watt. While also having the world’s fastest integrated graphics in a personal computer.

The transition from Intel to Apple chips in Mac will take about two years, according to Apple. That process began today with the announcement of the first Mac computers powered by M1 – 13-inch MacBook Air, 13-inch MacBook Pro, and the Mac Mini.

MacBook Air, the most popular Mac can now deliver significant performance with better battery life in a fanless design. The 8-core M1 makes it faster than the previous-generation model by up to 3.5x. Graphics are up to 8x faster thanks to the GPU, available in up to 8-cores. And apps using Machine Learning (ML) can now do so at up to 9x faster than before. All while seeing an increase in battery life to up to 18 hours.

Other additions have been made to the new MacBook Air also. For example, the 13.3-inch Retina Display is bringing P3 wide colour. SSD performance is up to 2x faster while storage is now up to 2TB.

13-inch MacBook Pro, the most popular notebook for professionals too has been updated, powered by an 8-core M1. Delivering faster speeds over the previous-generation by up 2.8x. And graphics performance up to 5x faster due to the 8-core GPU. While Machine Learning (ML) gets a significant boost – thus being 11x faster.

These performance gains will allow professionals to edit 4K video, high-resolution photos, and more with ease. All while having a Mac with the longest battery life ever on a Mac. Lasting a staggering 20 hours during video playback. And up to 17 hours of wireless web browsing.

Mac Mini, a small compact desktop Mac was the third and final Mac to be unveiled with M1. As with the MacBook Air and MacBook Pro, Mac Mini will deliver faster performance and graphics thanks to the M1. For example, the 8-core GPU results in 3x faster performance over the previous-generation. While graphics sees a massive increase in performance of 6x. But more impressive is Machine Learning (ML) which will be able to run up to 15x faster than ever before.

The result will see performance-intensive workloads and apps possible on the Mac Mini. Such as 3D rendering, professional video and photo editing, coding, computing millions of lines of code, building multi-track music projects, and more.

When compared to a best-selling Windows desktop within the same price range, Mac Mini is 5x faster at just one-tenth of the size.

The most affordable Mac with an M1 chip will be the Mac Mini, starting at a Recommended Retail Price of just A$1,099 – A$150 cheaper than the previous-generation.

All models can be configured in a variety of ways, including more storage or memory, at Apple’s online store. And can be ordered starting today, with deliveries set to begin next week on November 17th.