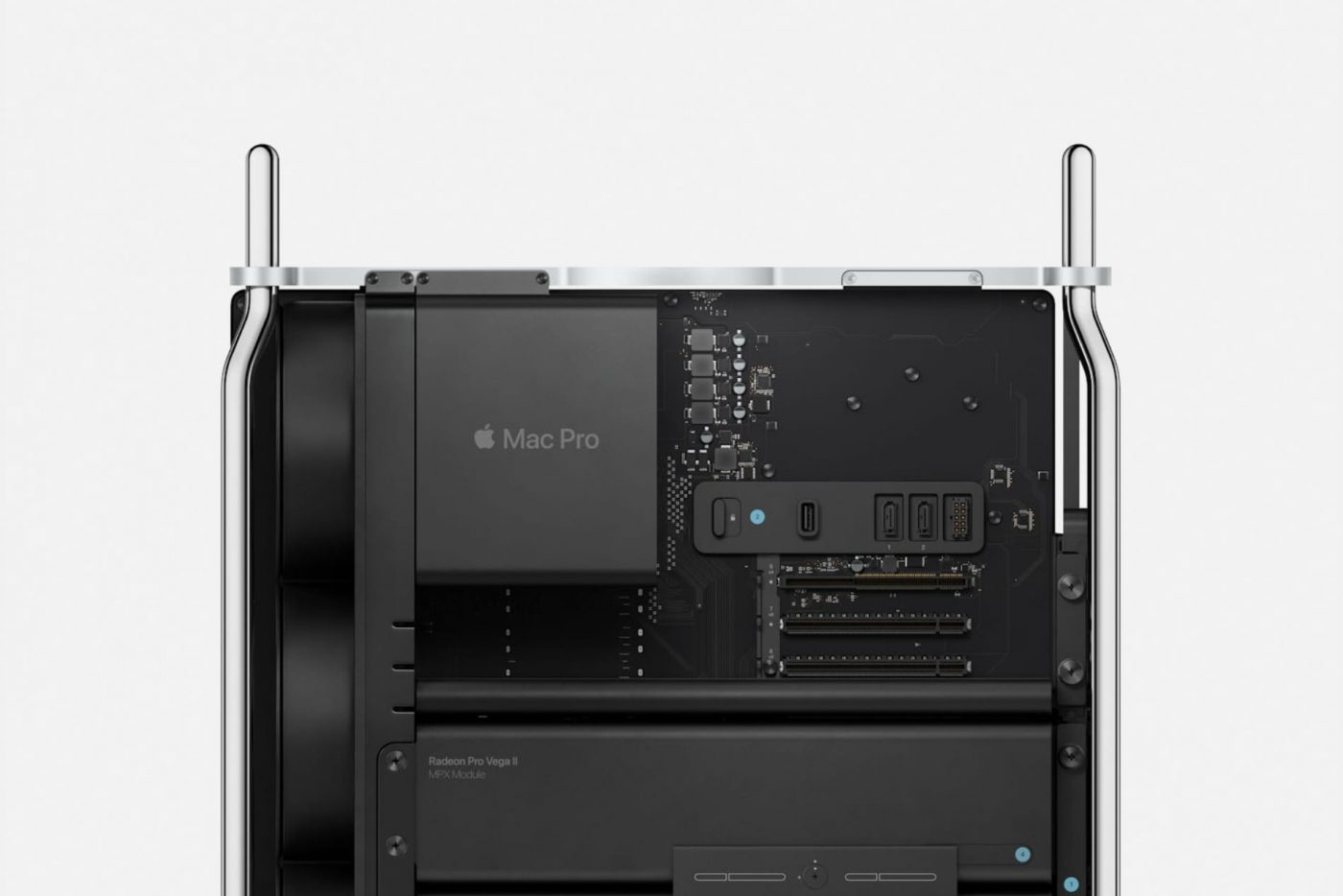 The ability to expand and configure the Mac Pro with additional hardware and accessories is one design intention by Apple. With Eight PCI Express expansion slots and a new design allowing for 360-degree access to every component and vast configuration.

Ordering the new Mac Pro on Apple’s online store gives you the chance to configure it. From being able to configure the processor to up to an insane 28-core. Or Memory capacity of up to 1.5TB, dual graphics, more solid-state storage (SSD) and more.

Nevertheless, Mac Pro can be configured and expanded in several ways even after delivery – perhaps months or years later. A range of Mac Components, in other words, hardware is already avaiable on Apple’s online store. Also, other accessories and components including the Pro Stand for the XDR Pro Display, and more.

Every aspect of Pro Stand was designed with pros in mind. Height, tilt, rotation — it’s completely adjustable, allowing your Pro Display XDR to fit seamlessly into any work environment.

Created to transform the workflow for film and video professionals, Afterburner accelerates ProRes and ProRes RAW video codecs in Final Cut Pro X, QuickTime Player X and supported third-party applications. A PCI Express card exclusively for Mac Pro, Afterburner can be installed in any full-length slot, but it delivers maximum capability in a PCIe ×16 slot.

Promise Pegasus R4i delivers the powerful RAID engine from the Pegasus as an internal four?bay RAID MPX Module for Mac Pro. Get the phenomenal speeds essential for your high?resolution video and rich media projects, along with the safety and security of a fully featured hardware RAID engine.

Note: Mac Pro can support up to 1.5TB of system memory!

All hardware and accessories sold from Apple’s online store include free delivery or in-store pickup. Apple also accept free returns on all orders by up to 14-days after recieving delivery.