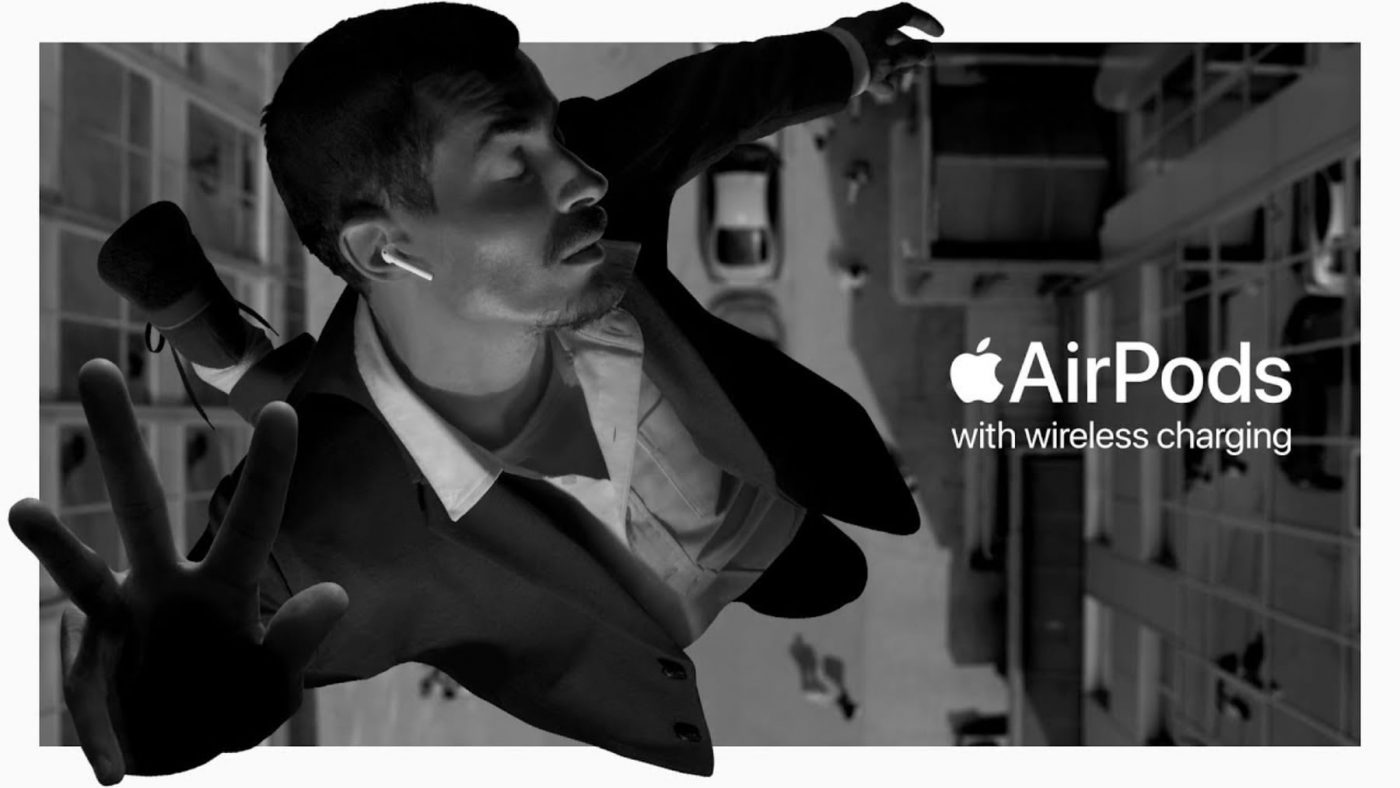 The last time Apple showed what impact wireless technology can have on life they brought us the ‘Welcome Home‘ short film. Which saw British dancer and singer FKA Twigs dance her way out of depression as her HomePod speaker played Anderson. Paak’s track ‘Til It’s Over’.

Since then Apple has returned with a new short film called ‘Bounce‘. This time, centres on AirPods with Wireless Charging Case.

Bounce starts with a rather tired man getting up to begin his day. While doing so puts a happy face on before walking out the door. But not before he takes off his AirPods off his wireless charger and places his AirPods in his ears. As he does ‘I Learnt Some Jazz Today‘, by producer and songwriter Tessellated begins playing.

As he leaves home he begins to walk down the street. While doing so, the environment around him cushions his falls and helps him to leap about. Conveying that life may not be as hard as he first feard.

The short film carries a similar message by Apple – the freedom of wireless. While AirPods has always been wireless, second-generation models now have the option for a wireless case. Enabling the case to be charged wirelessly.

How It Was Made

Adage has gone on to share some interesting information on how the film was made. Such as:

AirPods can be purchased from several Apple Authorised Resellers and Apple’s online store. Currently, Apple is offering free, fast delivery, 14-day returns, and optional engraving on all AirPods. More information on AirPods can be found on Apple’s website. While the short film can be viewed on Apple’s YouTube channel.