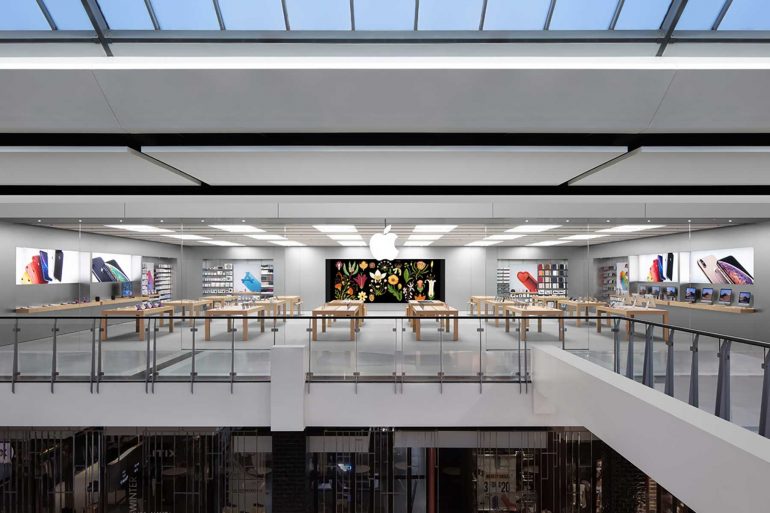 Apple Broadway has become the fifth, but the first Apple store in NSW to be upgraded. Receiving the large Video Wall display and timber and leather seating, used for Apple’s free Today at Apple educational sessions.

The Video Wall is a large display Apple has been rolling out in its next-generation flagship stores. While smaller mall stores, such as Apple Broadway do not receive a complete redesign, they still get the Video Wall. And in this case, Apple has chosen to place it on the back wall where the genius bar was previous located.

In addition, new timber creates and leather seats are now scattered in front of the Video Wall. Providing a place for those attending free sessions a place to sit. 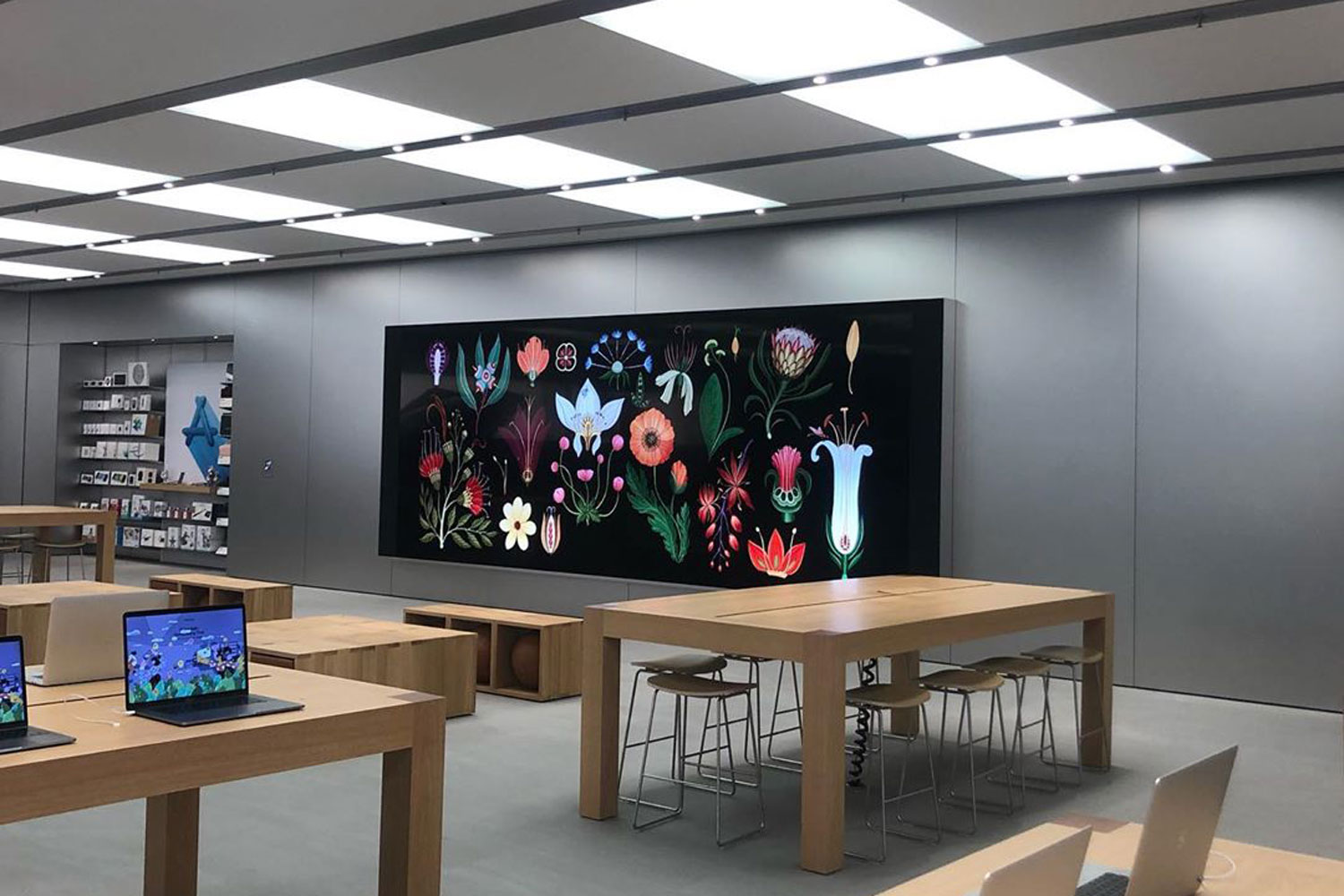 Apple has been upgrading its stores worldwide with a new focus on free educational sessions called Today at Apple. As evident in Apple’s newest flagship store in Washington D.C.

Today At Apple are free educational sessions that enable anyone to discover a new interest or expand their creative skill in a number of areas. From photography, filmmaking, and music creation. To coding, design, and more.

The upgrade to Apple Broadway has happened during the temporary closure of Apple Bondi. It is receiving Apple’s next-generation store design, with the Video Wall, new shelving, stone-work, timber, and more. At the time of writing, no reopening date has been said. But with the store being closed since March, it is likely it reopen sometime in June.

More information on Apple Broadway and Today at Apple sessions can be found on Apple’s website.