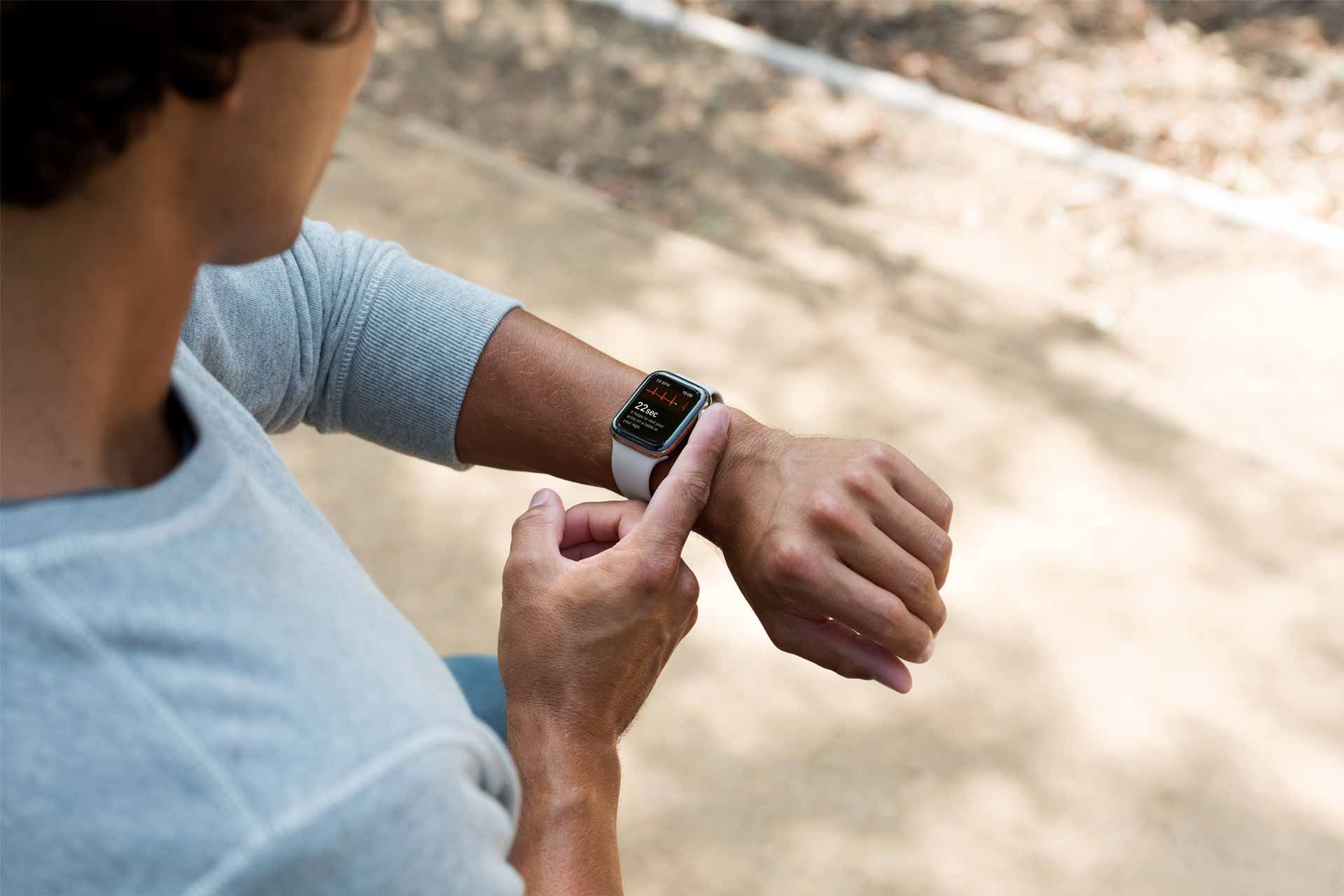 What it does and when will it be available in Australia

You may have read, or seen a lot of information regarding the new Apple Watch Series 4 and ECG. A feature which allows you to take an electrocardiogram right from your wrist – the first direct-to-consumer product to do so.

I’ve been asked a lot of questions on this. From what it does? how can we use it? and when will it be available in Australia? The purpose of this post is to answer those questions.

New electrodes in Apple Watch Series 4 enable it to take an electrocardiogram (ECG) directly from your wrist. Meaning it has the ability to capture heart rhythm in moments where you experience symptoms such as a rapid or skipped heartbeat. This information is then recorded and the data can be displayed at any time or sent to your physician.

In addition to this, Apple Watch will occasionally check your heart rhythm in the background. If it detects an irregular heart rhythm that appears to be atrial fibrillation (AFib), it will alert you. AFib is one of the leading conditions that can result in stroke, the second most common cause of death around the world.

In terms of being able to use the ECG function of Apple Watch in Australia, there is some good and bad news.

The good news is the ECG hardware of an Apple Watch Series 4 to perform the measurement is included in models sold here in Australia. However, the bad news is Apple has not enabled the feature here. But most importantly, they can do so at anytime in the future via a free software update to Apple Watch.

Essentially, at some point it is possible Apple will push out the update to enable the ECG functionality to Apple Watch models around Australia. And they likely will – eventually. Apple has expanded the feature beyond the US, more recently around Europe, Singapore, Canada, Hong Kong, and more.

So why has Apple not yet enabled the feature? The most likely and simplest explanation is it needs medical approval. And this would need to be done via the TGA (Therapeutic Goods Administration). It is currently not known if Apple has applied.

In the US, Apple had to work with the Food and Drug Administration (FDA) for a number of years to receive De Novo Classification.

Despite this, the Apple Watch has a number of health and exercise tracking features available here. Including the ability to record your workouts, heart-rate, fall-detection, calories burned, and a whole lot more.

You can learn more or buy an Apple Watch from Apple’s online store.

Update, March 2019: Apple has expanded the ECG feature to a number of European countries and Hong Kong. While Australia has still not received the feature, the expansion shows Apple is actively bringing the ECG feature outside of the US.

Update, July 2019: Apple has released an update to Apple Watch bringing the ECG feature to Canada and Singapore.

Update, September 2019: Apple will be holding an event in the early hours of September 11th, 2019. There is a chance Apple may reveal ECG availability in more countries. Apple has announced the Apple Watch Series 5, however, ECG remains unavailable in Australia.

Update, October 2019: Apple has released an watchOS 6.1 for Apple Watch which brings a number of fixes and support for AirPods Pro. It does not enable ECG in Australia.

Update, December 2019: On December 11th Apple released watchOS 6.1.1, a free software update for Apple Watch. The update does not bring ECG to Australia.

Update, March 25th, 2020: ECG and irregular rhythm notification compatibility for New Zealand added. No word on when Australia will be added.

Update, November, 2020: South Korea and Russia have become the latest countries to get ECG. It remains unavailable in Australia.

Update, April, 2021: ECG and Irregular Heart Rhythm Notifications has officially arrived in Australia with the release of iOS 14.5 and watchOS 7.4. Learn more.